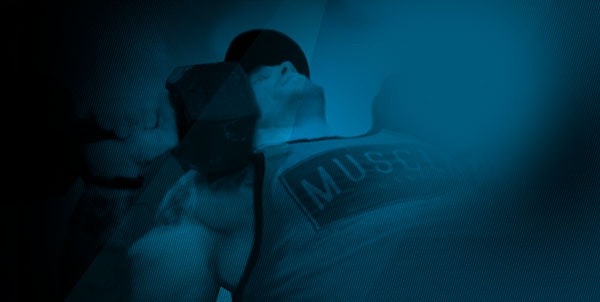 According to James Grage, when it comes to shoulder muscles, posterior deltoids are the ones most neglected or underdeveloped. And most people go wrong when training rear delts with the dumbbell fly. Why? Because two other dominant muscles can take over the movement if you’re not using perfect form. Those muscles are called the rhomboids and traps. James shows us how to really target the rear delts first while still using the dumbbell fly as a shoulder exercise, but with a partial range of motion, light weights and squeezing out movement (instead of the traditional pulling back). Watch the full video to learn all about building your rear delts.

Video 2: How To Build Your Lateral Deltoids For Wider Shoulders

Deltoids are just one muscle responsible for that rounded contour of the shoulder, but separated into three parts (heads), including lateral delts. James discusses the supraspinatus muscle (and why people have rotator cuff problems) and traps, which are also involved in lateral delts exercises. In this video, he shows you how to be stronger, how to target a precise area thanks to that mind-muscle connection, train your shoulders with lighter weights and demonstrates the importance of perfect form.

In this video, James shows you a complete shoulder workout. He starts with a back-to-front approach, which means he trains his rear delts first, then lateral head and finally anterior part of the shoulder, since most people don’t have a problem with the anterior head. James starts with a superset, which includes a cable exercise (cable fly) and then he moves on to a lighter weight dumbbell so as to not engage other muscles and really target the delts. By going too heavy,you’re using momentum, engaging your traps and that’s the opposite of what you want to do. Keep watching to discover all of the exercises James suggests for building bigger, rounder shoulders.

For more Advanced Training Techniques, check out our previous blogs on muscle tension, building wider arms and a bigger chest.