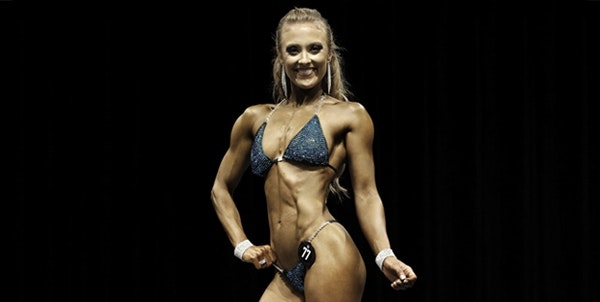 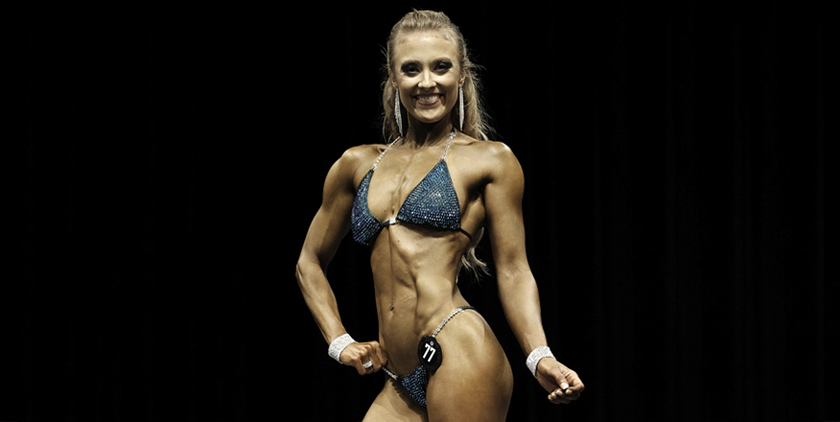 Lizzie Cushing is a BPI ambassador and bodybuilding competitor who successfully crossed over from bikini to figure. To help anyone else considering the move, we asked her to share her story:

About two years ago, a friend introduced me to the sport of bodybuilding. Instantly, I was hooked. In November 2016, I competed in my first show at the NPC New England Championships in Boston. I entered the bikini division and placed fourth in my Open class. The entire experience was thrilling. Afterwards, I took off nearly a year to work on increasing my metabolism and building muscle.

Eleven months later I competed in my second NPC show – the East Coast Cup in East Haven, CT on October 7, 2017. Having added some bulk during the improvement season, I decided to participate in both the bikini and figure divisions. It was fun competing in four different classes: Novice bikini, Open bikini, Novice figure and Open figure. I placed first in every one and earned the Novice bikini overall title. I was overjoyed and proud of pushing myself beyond my comfort zone and trying something new. The experience was unforgettable.

Crossing over from bikini to figure was quite daunting at first. I would look at pictures of figure women and think, I’ll never be that big! But the more I worked on my physique and learned about the criteria for the figure division, the more confidence I gained as a potential NPC figure competitor. Both divisions value overall physical appearance, including skin tone and makeup. Bikini emphasizes overall balance and shape, whereas the figure division looks for a small degree of muscularity as well, with separation but no visible striations. Additionally, a figure competitor should have good overall muscle tone, firmness, and shapely lines without being overly lean.

The posing routines for each division are another aspect of crossing over that takes some time to master. With my physique, I can either accentuate or downplay certain aspects of my body depending on the division in which I’m competing. This is where posing practice really comes into play. My experience at the East Coast Cup proved that going from bikini to figure is possible within the same show. As I prepare for a national show in 2018, regardless of which division I compete in, I have a lot of hard work ahead! 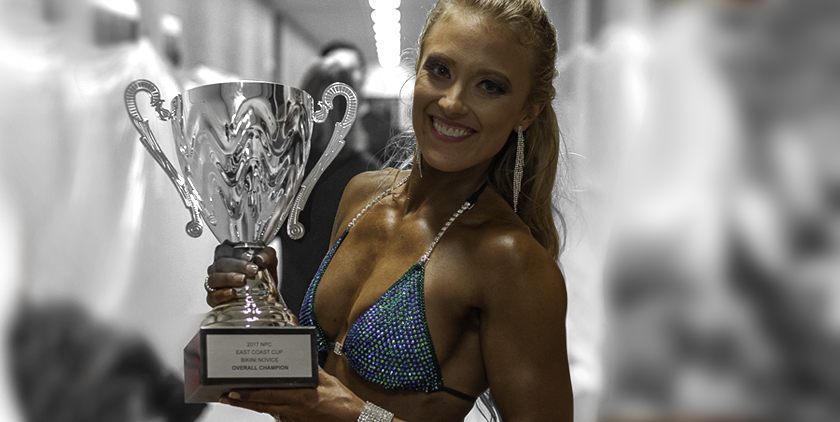 Successfully prepping for a bikini or figure competition also involves taking the appropriate supplements. As a BPI athlete, I am fortunate to have access to a wide selection of high-quality products. These include, but are not limited to, BCAAs, Keto Aminos™ and CLA + Coconut Oil + Aminos, which are an essential part of my regimen. BCAAs are a staple in my diet year-round. Several times a day, I add them to water to help with muscle recovery, protein synthesis, increased energy and improved taste. Keto Aminos™ and CLA + Coconut Oil + Aminos were particularly beneficial during my improvement season, as I maintained a ketogenic diet for about eight weeks. Keto Aminos™ helped me burn fat for fuel and promoted lean muscle growth. CLA + Coconut Oil + Aminos provided similar benefits. They also aided in preventing muscle breakdown as I trained heavily and worked towards maximum growth in the off season.

With my final competition of the year coming up in Boston on November 4 (the NPC New England Championship), I am more excited than ever to compete again in both bikini and figure. I am proud to be a BPI athlete and am looking forward to stepping on stage once more to showcase my hard work!