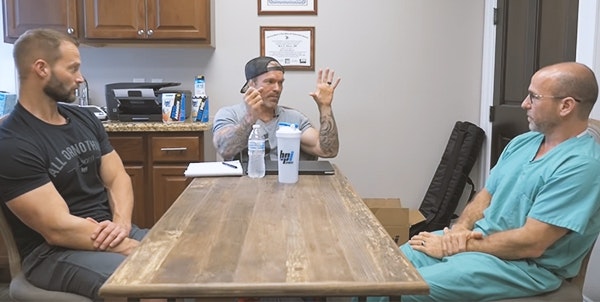 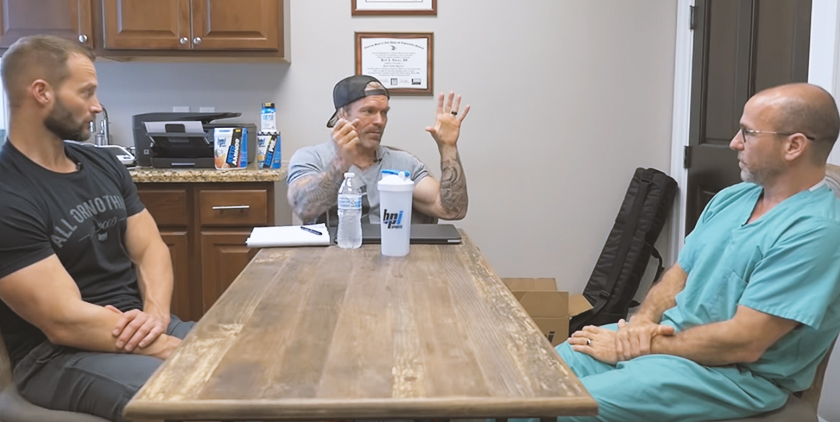 Dr. Brett Osborn: We do have patients in here who are my height, so 5’7”, and they’ll weigh 350 lbs. You know what I tell them? Right or wrong, I say, “Look, the modified ketogenic diet is fine. But you? You probably need to go on a full ketogenic diet. Let’s get that body fat off you.” Why? Because I am worried about the potential inflammatory effects of the body fat on them. It does terrible things to their glycemic control. They’re all insulin resistant. These are the things that are going to kill them. I’ll deal with the muscle. I’ll put them on a modified ketogenic diet, slow the fat loss down and start allowing them to gain some muscle in time. This is more radical, but I’ve said to people, “You’re going to die.” And I’ve sent them to the bariatric surgeon. What should I say? You just need to go on a ketogenic diet? You actually think that’s going to work? There’s no chance.

Whitney Reid: No, and at that point, preserving muscle mass is completely out of the question. You need to get the weight off.

James Grage: Again, it goes back to what your goal is. It’s funny having this conversation because over the past, I dunno – how long would you say the term “bro science” has been around?

James: It’s got this negative connotation to it, right? You’ve got a bunch of guys in the gym that are just following the same protocol. There’s no rhyme or reason to it. No science or anecdotal evidence that supports it. The funny thing is, I don’t feel that same way because it’s still a scientific method. For those guys who go about it by figuring out, over time, what works for them, then bro science isn’t such a bad thing.

Dr. O: No. You just need to understand what your goals are and then move towards those goals doing whatever you need to do macronutrient wise. But you’re not going to amass muscle on a ketogenic diet. You can’t do it. It’s not gonna happen.

James: That’s where the confusion is. Your average person considers strength and bodybuilding or muscle size the same thing. And they’re not.

Dr. O: It’s really like bodybuilding and muscle hypertrophy are way up here and power is somewhere down here.

James: You’ll get a lot of guys that will go out there and they’re a powerlifter following a ketogenic diet. So they’ll deadlift 500 lbs. and say, “Look at me! You can be on a ketogenic diet and build muscle too!”

James: (laughs) Is that the scientific term?

Dr. O: It’s just stupid. What they’re not realizing is that their ability to lift that weight, while they’d like to assume it has to do with muscle size, that’s a small amount of it. It’s just that they’re so well practiced at recruiting those muscles quickly that that’s what allows them to do it. I think it’s nice if you can have a good hybrid. A lot of bodybuilders look strong, but they’re not strong. They’re just not. I would like to be able to look the part but also be able to lift heavy. And I think that that’s probably most people. They wanna look good and they want to be strong as well.

Whitney: Oddly enough, I think a lot of people, at least these days, don’t care as much about the strength as they used to. It’s just about the way they look, and that just baffles me cuz I love lifting heavy weights.

James: I think you’re finally starting to see a lot of people that are looking towards functional fitness. I think CrossFit has helped a lot with that. It’s not just about how you look. What can you do with it? Are you actually athletic?