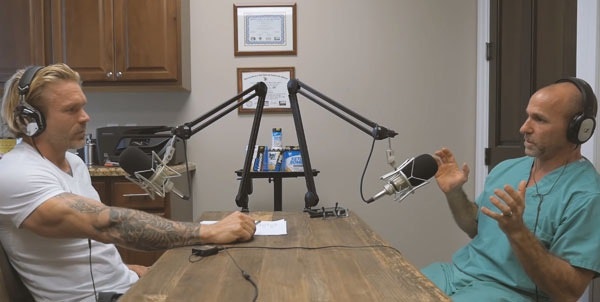 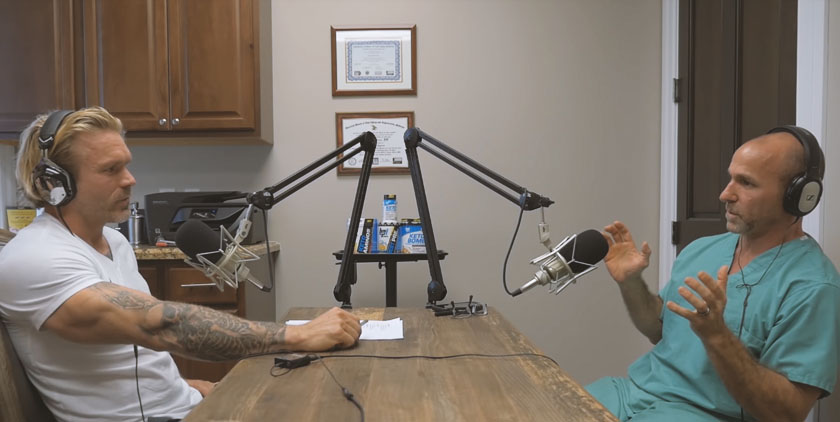 Dr. Brett Osborn: James, let me interrupt you for one second. Let’s distill that down even further. It’s really about the insulin signaling. I don’t even care about the carbohydrates. If you are in a low-carb state, you are in a low-insulin state, and when you’re in a low-insulin state, that’s what’s going to confer health and longevity. Period. These diseases – stroke, heart attack, cancer, diabetes, Alzheimer’s, arthritis – they’re all the byproduct of a high-insulin state, which is an inflammatory state. You can call them whatever you want. In my mind, all of these diseases are the same disease.

James: Not from a health perspective, but from a body composition perspective, explain to people how insulin works. When your insulin levels are high, what’s happening? Let’s say, for example, that I eat a meal that is high in dietary fat and high in sugar. I get this insulin response, so explain to people what insulin actually does.

Dr. O: Insulin is a vascular protectant as far as I’m concerned. High levels of insulin tell the body, “Bring sugar in to the cells and utilize it for energy.” Any excess is stored as fat. Insulin is an anabolic hormone – it builds muscle and it builds fat. In America, we live with high simple carbohydrate consumption, high levels of insulin, and by virtue of that, anything that is excessive will be stored as fat. Under the influence of insulin, excess carbohydrates are stored as fat.

James: Someone described insulin to me once simply as the storage hormone.

Dr. O: It is the storage hormone.

James: So bodybuilders praise insulin for its anabolic properties as a signal. Or on the flip side, it’s also what can make us gain fat.

Dr. O: The bottom line is that it’s an anabolic hormone, it’s a storage hormone, but the problem is that in America, we are exposed to heightened levels of insulin, excess insulin. However, it’s not the insulin itself that is the offender. It’s really the excess simple carbohydrate consumption that does the damage. When you eat a simple carbohydrate, and your blood sugar spikes through the roof, the sugar is basically scraping the lining of your blood vessels as it travels to your brain. When there’s damage to the inside of the blood vessels, there’s inflammation, and when there’s inflammation, there’s a response that’s mounted and the upshot of that response is cholesterol deposition in the lining of the arteries. And as you keep eating all these sugars, the high levels of insulin keep telling the body, “Hey, get the sugar inside the cell! Clear it from the blood vessels! Bring it in!” What ends up happening is that you overload the system.

Dr. O: That’s exactly right. When you have high levels of sugar in the bloodstream because you’ve developed insulin resistance, and you have this circulating growth factor sitting there (insulin – it’s the storage hormone, it grows things), not only does it grow fat, it’s growing cancers. Let me tell you something. When you have a PET scan, the test that searches for cancer in the body, it’s a radionucleotide test. So you inject a radiolabeled molecule and that molecule goes to the cancers. What do you think the radiolabeled molecule is that we inject? We inject glucose. So when you live in a low-glucose state, a low-insulin state, you are basically anti-cancer-ing yourself. Cancer cells do not use fat for energy.

James: So on a high-carb diet, you’re potentially feeding disease.

James: So does it always feel that way? Or at some point does your body adapt to it?

Dr. O: Hold on. It doesn’t feel that way, but it is that way. So in other words, you don’t feel like, “Oh my God, I’m starving!” As a matter of fact, patients on a keto diet have a suppressed appetite. I don’t like it. It’s almost to the point where I have to tell them, “You better eat otherwise you’re going to sacrifice some muscle.” So we want to keep people in a low-insulin state, but they have a satiety signal.