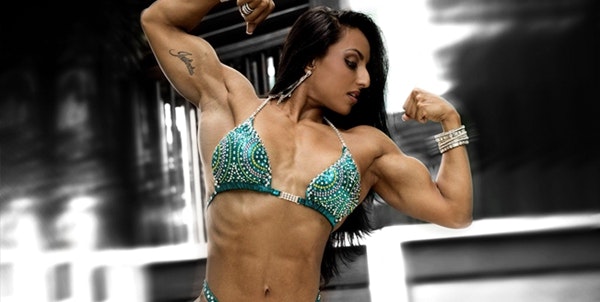 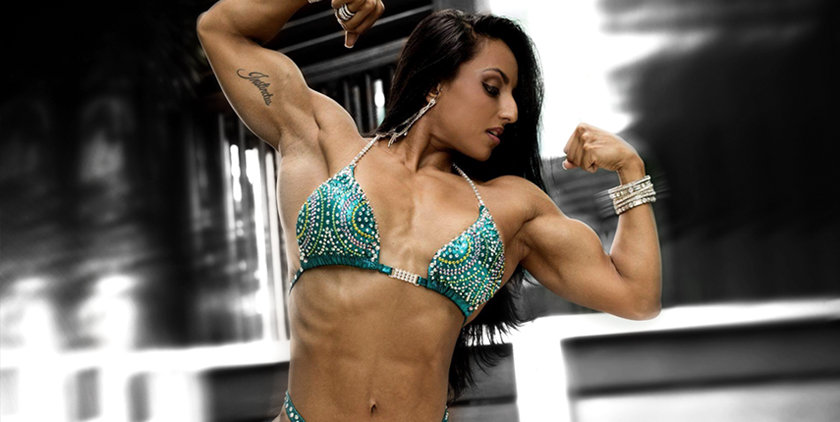 Nationally-qualified athlete and BPI Sports Demo Rep Coordinator, Erika Otero, who is also competing, shares her posing tips for any woman headed to Nationals below. Erika has been competing in the Figure Division for the last 10 years.

Tip #1: What are judges looking for on stage?

“At the national level for the Figure Division in the NPC Nationals, they will be looking for confidence,” Erika says. “[The judges want to see] that you can walk across the stage like you own it.”

“They will be looking for an X shape [in] your physique, [specifically] rounded shoulders,” she says. “[They also want to see that] you come in at your waist line and that your quads [stick out].”

Tip #2: What are the differences between posing for bikini and posing for figure?

Erika says that there’s a clear difference between posing for the NPC Bikini and the NPC Figure Division competitions.

“[In the NPC Bikini] they’re looking for a small waistline and for very rounded glutes,” Erika says. “You never want to face the judges head on.”

In both the NPC Bikini and NPC Figure Division, Erika says, “Your belly button should never be facing [the judges].”

“In the NPC Bikini you’re trying to set yourself up so that your waistline looks as small as possible,” Erika says. “You’re not showing as much muscular structure as you would in an [NPC Figure Division].”

“[In the NPC Figure Division] you have an X shape to consider so [you need to] make yourself look as wide as possible.” Erika says that during your posing, you should be flexing every muscle. “You’re also trying to stay calm,” she shares. “[When you’re calm] you’re less likely to lift your shoulders very high.” Erika suggests that you keep your hands very close to you at all times for an appropriate silhouette.

Tip #3: What should competitors focus on in each pose?

“In the NPC Figure Division there are two segments to consider when it comes to posing,” Erika says. “The first segment is [referred to as the Individuals] and [it’s when] you are on the stage by yourself.”

“The usher [will] introduce you to the crowd,” she says. Because you’ll be alone on stage, Erika says this is the perfect opportunity for you to highlight your strengths. “This is where you want to show off your strongest attributes,” Erika says. “You always start with a front pose.”

Erika says that the only time you’ll directly face the judges is when you’re doing a front pose.

“The front pose and your comparison pose are the same thing,” she says. “Once completed, you’ll move on to your side-model pose.”

“Again, this is the time that you’re showing off your [strengths] so let that pose [be reflective] of the strongest sections in your physique,” Erika says. “You do not get to do this during the comparison pose [since] every [competitor’s] pose is the same.”

“Afterwards, you’ll move on to a back pose and end with a front model pose,” Erika says. “You want to show a lot of confidence as you dismiss yourself and you walk off the stage.”

“The second section of posing that you must focus on for the NPC Figure Division are comparisons,” Erika says. “A comparison pose is when you stand side-by-side to the other contestants on stage and the judges call off quarter turns.”

“You want to start with a front pose [where you bring] out your lats first,” Erika says. “You must lead the motion with your lats and allow your arms to sit on top of your lats.”

Erika warns that if you bring your arms too far out you’ll appear larger, similar to a bodybuilder. “You’re also going to wash out your own shoulders,” Erika says. “Keep your hands as close to you as possible to keep your shoulders rounded.”

“You also want to prevent yourself from leading the motion [while] your shoulders [are] too high,” Erika says. “You want to set up your pose and as each judge calls for a quarter turn, you step away from your box, step back into your box and [then] set up your pose [again].”

Erika recommends that you keep your chest and your back out at all times. “Do not drop your chest in between poses,” she says. “[During your quarter turn to your side pose] when you’re facing left or right, you’re not allowed to face a judge.”

Erika says during your front pose, the judges [might] move you around the stage. “This is for different purposes,” she says. “The judges want to compare you to other girls in the line-up. They also sometimes want to make sure that they’re viewing everybody in equal lighting.”

“Unless you’re doing a front pose, you should never be facing the judges,” she says. “Instead, one of your feet is facing the head judge while your belly button is [turned] away.”

Erika says that the placement of your feet is particularly important in the Figure Division. “Like I said before, you never want your belly button to directly face the judges,” Erika says. “For that to be possible you actually want to [position] yourself diagonally [with] one of your feet away from the judges.”

Erika says that your front foot should be facing your head judge. “You want to set up your pose and you want to turn towards the judges. Again, do not directly face the judges [since] it will make you look wider.” Erika suggests positioning your body to stand sideways while on stage.

Erika says to keep your hand motions as natural as possible. “Do not cup your hands,” she says. “It’s an [awkward] look.” Instead, she recommends relaxing your hands or arching out one finger in every pose.

Tip #5: Do hair, make-up and my bikini choice matter?

“When considering your stage presence, you have to consider more than just the confidence to walk across the stage,” Erika says. “You also want to consider the overall look that you’re giving the judges.”

Erika says the judges will be looking at your nails, suit, jewelry, hair and make-up. “How you wear your hair on stage has a big impact on the [look] you’re giving,” she says. “Most women prefer to wear their hair in a long [hairstyle] so it’s flowy.”

Erika says the judges do not have a preference for straight or curly hair. Erika says the reasoning behind more contestants wearing longer hairstyles has to do with their figure. “Longer hair accentuates the curves that you’re trying to show,” she says.

Erika says your make-up will be more dramatic in comparison to a regular face of make-up for the workplace. “Your make-up will be a lot louder on stage [compared] to a regular day,” Erika says. “You need to have very bright eye shadow to call attention to your eyes.” Erika recommends wearing long eyelash extensions. However, Erika says there are some make-up techniques the judges would rather not see. “Wearing red lipstick is something that the judges guide contestants away from,” she says. “They find it too distracting, along with [obnoxious] nail colors.”

“When choosing the color of your bikini, you should always keep in mind what colors naturally look good on you,” Erika says. “Depending on your pigmentation, you might want to choose very bright colors.” Erika suggests sticking to deep blues, greens, and purples along with hot pink and red when choosing a bikini. “You want to stay away from pastel colors such as lilac, baby pink and baby blue as they tend to blend into your tanner and wash you out on stage,” Erika says.

Tip #6: How do I ensure that I look my best right before I step on stage?

“Everyone knows that when you’re pumped up at the gym, you look better than when you’re walking around during your regular days,” Erika says.

Erika recommends getting a pump at least 20 minutes before you go on stage. “You want to go ahead and bring your own things for convenience such as bands and light dumbbells,” she says. Focus on the muscles you want to look most full, so shoulders, back and quads for Figure.

Erika also recommends partaking in quiet time with yourself prior to going on stage. “Walk away from everything and everyone,” Erika says. “Find a quiet corner where you can lay down.”

Erika suggests bringing a pillow, blanket, and your headphones to zone out for at least 20 minutes. “It’s proven that contestants who zone out 20 minutes before an event always perform better and appear more confident,” she says.