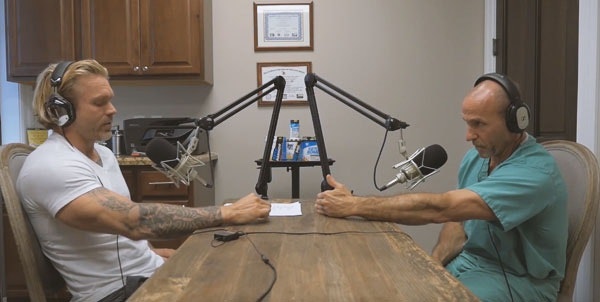 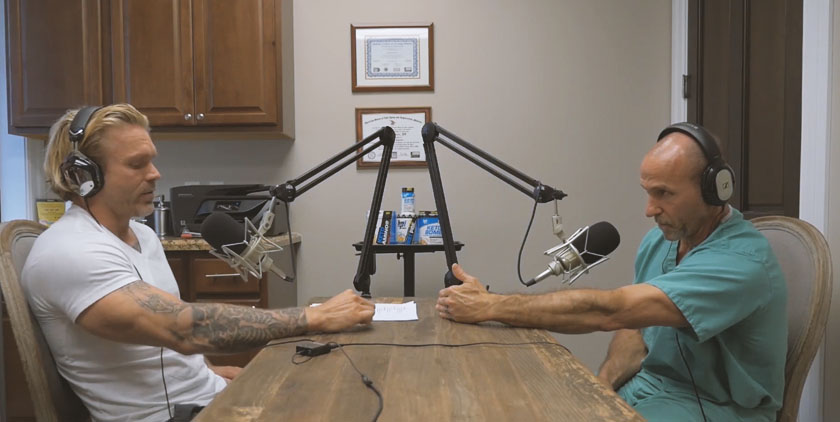 James: So break that down. Inflammatory fats.

Dr. O: Right, so we’re talking about the omega 6s vs. the omega 3s really.

James: And what does that mean to the average person?

James: So let’s talk about a popular trend that started in ketogenic diets and that’s bulletproof coffee. I believe there’s a brand out there, so I’m not talking about the brand, I’m talking about the concept, which was this idea of taking a stick of butter and putting it in your cup of coffee, which is disgusting. But the idea was that the fats curb your appetite, give you a sense of fullness, which they do. The caffeine obviously would curb your appetite. And a lot of people that I heard were doing this were doing it first thing in the morning, hence the coffee, curbing their appetite all the way until whenever, 12 o’clock or 1 o’clock in the afternoon, so they’re not eating anything during that period of time. So let’s talk about that because I think that falls back in line with the discussion of good fat vs. bad fat. I think there are a lot of things out there that are trending, so people are saying, “Hey, it’s okay to eat a stick of butter!” I don’t think it’s ever okay to eat a stick of butter, so let’s talk about that for a second.

Dr. O: It just goes back to the same thing. I don’t have problems with people eating small amounts of these things. I really don’t. One of the beneficial fats for the gut is something that I take called butyric acid, which is one of the fats that’s in butter. So I don’t have any problem with people eating small amounts of these, but it’s all about moderation. If you’re going to eat these so-called bad fats, I make sure to take some omega 3s as well. It’s not so much about the amount of the bad fat that you eat. It’s the ratio. Americans eat 20:1, omega 6 inflammatory fats to anti-inflammatory fats. That’s terrible! It’s hard though. Another question is, “Why don’t we just get rid of all the omega 6s?” My answer to that would be, are you going to recover from your workouts absent omega 6s? The answer is no. You do need some inflammatory mediators in the body to allow you to recover from your workout – that’s an inflammatory process – and also to fight disease.

James: So in a keto diet, we want to try to minimize the animal fats. We want to bring in good sources such as olive oil or nuts – anything that is high in 3s and 9s. So that’s the fat aspect of it. It’s not just consume a diet high in fat. Make sure you get your good fats in there. So let’s talk about the other aspect where there’s a lot of confusion, especially for people working out. That’s kind of my world, is dealing with people that are fitness enthusiasts – they train five days a week. Even if they aren’t trying to build muscle, they’re trying to maintain lean muscle, and people have been conditioned for years and years and years: protein, protein, protein! And I do think that protein is an important part of the diet, but not like it’s been prioritized in years past. So let’s talk about how protein plays a part in a ketogenic diet because I’ve tried the ketogenic diet before and I’ve tried to modify them because I’m used to taking a lot of amino acids. So I take a lot of BCAAs, I take a lot of essential amino acids, and there’s no way to be in ketosis when you’re taking that much aminos. Through glycogenesis, your body is converting that to glucose nonstop. So whether it’s a modified keto diet or a traditional keto diet, let’s talk about protein. I know that maintaining or even building lean muscle is important. Again, muscle is our metabolic engine, so I know that’s a priority for you with your clients, so what is your recommendation on protein intake? I guess, here’s a better question: no matter who you are, whether you’re in keto or not, how much protein do you really need to build or maintain lean muscle?

Dr. O: Right, well nobody knows the answer to that, as you know. That’s been a hot topic of debate for many years. I will tell you that recent literature suggests that it’s overstated. And I will tell you that with my own body, I don’t believe that I need nearly as much as I used to. I just don’t. That said, if you are going to follow the dipstick, for whatever that’s worth, on a traditional ketogenic diet, you’re going to get knocked out of ketosis real quick. If your ratio is 70% calories from fat, 5% carbs and the other 20% from protein, and you start pushing that up, you will get knocked out of ketosis. It’s going to be different for everybody. If you want to use the ridiculous dipstick as your barometer of “how well you’re doing,” even though we know that that means very little, you have to use your dipstick and figure out where that line is for you. And it’s going to be different for everyone.

James: So give me an example of ones that fall into that category.

Dr. O: So those would be things like most vegetables. I don’t want you having peas and carrots because those are sort of on the higher end there.

James: Still a lot of sugar.

Dr. O: Yeah. Corn, we get rid of that. But we transition them slowly down. I want people 0-20. Those are the green, leafy vegetables; onions; tomatoes; scallions; celery.

James: So on a modified ketogenic diet, with 50-100g of carbs throughout the day, you would like to see all of the carbs fall below 40 on the glycemic index?

Dr. O: And ideally, even less than 20. So if you’re thinking, “Hey, I’m going to have to eat a lot on this diet.” You’re damn right. I want you eating. Despite the fact that the body is saying, “I’m sort of in a pseudo-starve state.” You push onward. And you sort of have to force yourself to get those carbohydrates in.