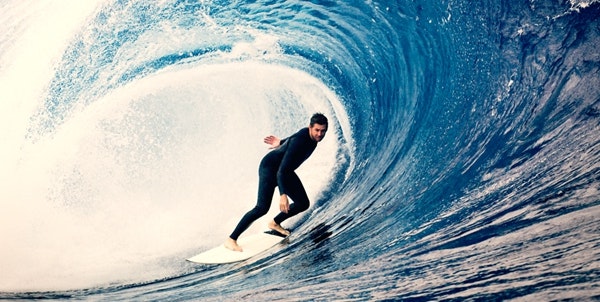 Throughout time, innovations like putting grooves on golf clubs (1902), metal edges on skis (1926) or curves in hockey sticks (1961) — have been incredibly game changing. Over the last few decades, several such innovations have occurred to trim seconds off times, add meters to distances and turn up the expectations for human performance. Here are our top game-changing sports innovations.

Before the invention of the derailleur, which allowed riders to change gears on their bicycles, competitors in the Tour De France actually swapped out wheels during different portions of the race. As a result, times suffered. In 1937, the Tour De France allowed derailleurs for the first time and bicycling has never looked back.

A TIMELY INNOVATION FOR BASKETBALL: THE SHOT CLOCK

Imagine a game that could go on almost endlessly with neither team scoring a point. That was basketball in the era before the shot clock. The 24-second shot clock not only changed the game, but for the most part, saved it by making watching the game more exciting for spectators. After the changeover, the NBA reported scoring totals dramatically increased and so did game attendance.

THE MATERIAL TO CHANGE GOLF: TITANIUM DRIVERS INTRODUCED IN 1990

Golf is a sport of innovation. Over its long history, it has seen many changes to the golf club, but none as dramatic as the arrival of titanium. Titanium is extremely light, strong and expensive. Due to the reduced weight of a titanium club, golfers are able to generate more head speed. This helps them drive the ball greater distances. Titanium is so much better as a metal for golf, you would be troubled to find a single pro on tour who is not using clubs made of this material.

The official world record for the largest wave ever surfed stands at 78-feet by Garrett McNamara. These kind of heroic, monster wave feats would be absolutely unheard of if it weren’t for the “tow-in” innovation to surfing. In 1992, Laird Hamilton, Darrick Doerner and Buzzy Kerbox started using water crafts and boards strapped to their feet to launch the modern era of big wave surfing. Each year at Nazare Portugal, surfers flock to the break to try and break the world record. They owe it all to the “tow-in” technology. Because of the dangers involved, tow-in surfing is among the world’s most extreme sports.

From 2008 to 2009, the LZR racing suit helped swimmers break 97 world records. The spandex, nylon and polyurethane suit was such a game changer, it was quickly made illegal in professional competition.

INNOVATION IN SPORTS NUTRITION: 1.M.R™ and ONE MORE REP™

1.M.R™ was the revolutionary pre-workout supplement that started it all. In 2009, when the original 1.M.R™ was released, bodybuilders everywhere were chasing energy. With the right stimulant, athletes were able to push themselves to extremes and make incredible gains. Now, nearly a decade later, athletes are looking for a new kind of pre-workout. One that delivers a cleaner form of energy – and the innovative One More Rep™ delivers.

The battle still rages to build impressive physiques, only now the focus is on health, longevity and performance. The new One More Rep™ does not use the “kitchen sink” approach to workout ingredients, where every buzz-worthy ingredient is thrown in. One More Rep™ is propelled by proven ingredients like Citrulline, Carnitine and Beetroot – with no fillers or additives, and no tingles. This innovative formula provides everything you need in a pre-workout – leaving everything you don’t need out.