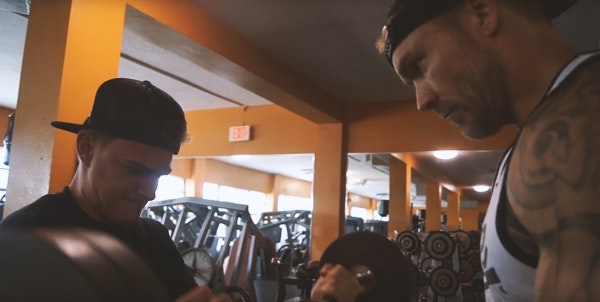 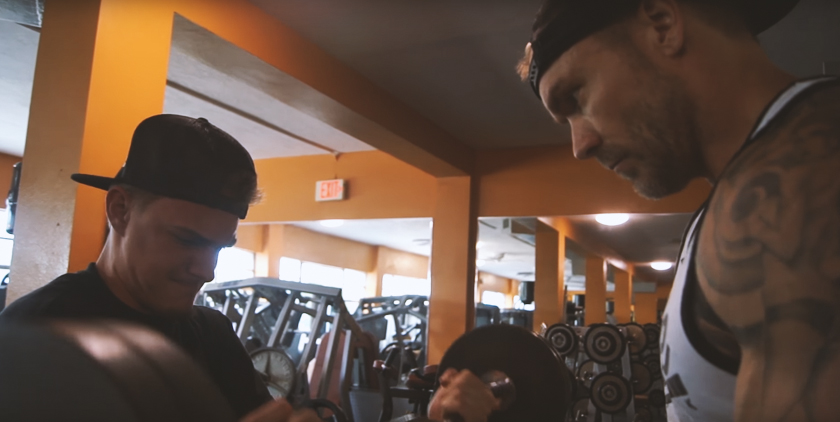 The highlight of this episode of Games to Gains is Kerby’s second weigh in. But before we get there, Kerby takes a minute to recognize the impact that James Grage has had on his life.

Kerby: Me and James had a really good talk on the beach yesterday after we got our biceps and triceps workout in at The Gym right there on Fort Lauderdale beach. It’s really cool to have someone there that’s like a role model to me who I can just talk to. He’s got a lot of good advice, he’s just got a lot of good things to say about any topic I bring to him. He’s got the right things to say, and it means the world to me to have someone there like that for me. I appreciate it so much.

Day 60 has arrived! Kerby is confident that he’s put on more weight, but what will the scale say? As James and Kerby make their way back to the scale in the warehouse, other BPI employees place bets on how many pounds he’s put on. Guesses range from 4 lbs. to 7 lbs.

Kerby: Hello?
James: Kerby.
Kerby: Hey, what’s up James? I’m at Mike’s right now.
James: Actually I’m glad you’re over there because I am working on nutrition plans for both of you guys, so need some info from you real quick and then from him. From you, I need you to look at your daily calorie intake. In order to make adjustments, I need to know right where you’re at right now.
Kerby: Alright, so I got 2,640; 2,710; 2,668 and then 2,600.
James: What’s your average protein?
Kerby: Alright I’ll have to call you right back.

However, several minutes go by and Kerby doesn’t call back.

Where did Kerby get off track? Has he been missing meals? Watch the full episode above to find out.