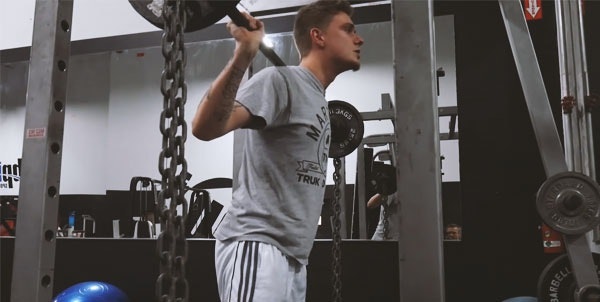 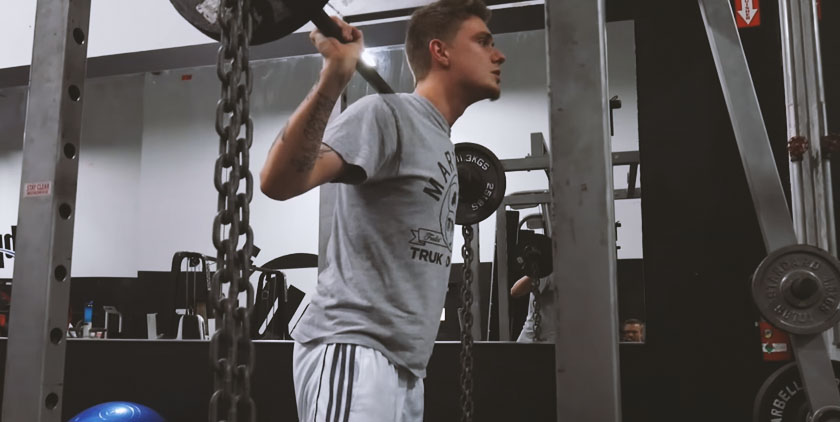 It’s Kerby’s final 90-day weigh in! On this episode, we finally find out if he has managed to put on 20 lbs. of muscle in his first ever three months of working out. In addition, James Grage is going to put him through a squat challenge.

James: I actually think he’s got it. I really do. I feel like we’ve been pushing the workouts, we’ve been hitting the chains a lot… he’s ready. As far as the scale, I think we’re gonna see good changes there as well. He’s been on track and doing everything that he needs to do. Oh, I almost forgot. To make it a little more interesting, since today is Halloween, I told Kerby he should do his squat challenge with a costume on. And since he’s working out with a costume, I’m going to too.

If you remember, the guys decided to let James’ wife, Annik, pick their costumes. So before they weigh in or work out, they all find out what they’ll be wearing. James goes first and ends up with a full-body ogre Morphsuit. Mike T gets a traditional German get-up, and that leaves Kerby with the minion costume.

Now that they’re all decked out, the guys head to the warehouse for Kerby’s weigh in. When he first started, he weighed 132 lbs. To meet his goal, he needs to weigh at least 152 lbs. It’s the moment of truth! Kerby steps on the scale… 164 lbs! Kerby gained 32 lbs. in only three months! Will he be able to pass James’ next challenge? Can he squat the bar with two, 45-pound plates? Watch the full episode above to find out.