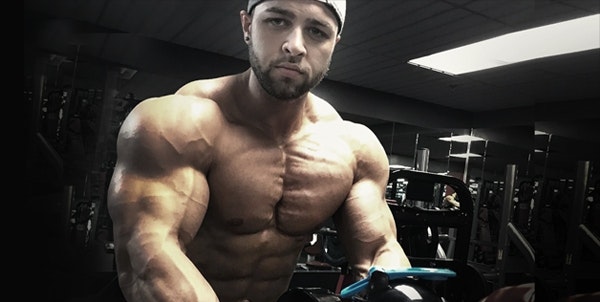 Recently, Generation Iron released an article titled, “This IFBB Pro’s Genetic Gifts Could Make Him the Future of the Sport.” Who were they referring to? None other than Team BPI athlete, Regan Grimes. Keep reading to see what they had to say:

“When it comes to destroying the competition in professional bodybuilding, it can’t be denied that those with genetic gifts have the leg up. While there are certainly many individuals out there that lack great genetics yet still cultivate impressive physiques, the truth is that they may never get to the same levels as the men and women you see on the IFBB professional stage. Hard work also plays a huge factor in the success of a competitor, but hard work alone simply doesn’t cut it. There are just certain individuals born to do this, and Regan Grimes is one of them.

While only recently becoming a pro, Regan Grimes has shown the kind of promise that you like to see from a young prospect. He has the kind of genetic gifts and dedication to the craft that will take him far on his journey. Regan Grimes is a young man with limitless potential to achieve greatness.

As was said before, the role of genetics can’t be denied in bodybuilding. You either have them or you don’t. While that doesn’t mean that those who lack genetic gifts should give up on their bodybuilding dreams, it does play a factor in the success of bodybuilders like Regan Grimes. Could we be looking at a new star in the making in the IFBB open weight division?”

The article goes on to ask readers to weigh in on Regan’s potential in the comments, but we have no doubt they’ll all come to the same conclusion – Regan is something special. We’ve always known this, but like a proud parent, we recognize we can be a bit biased when it comes to our athletes. Luckily, others are beginning to catch on. Even 4x Mr. Olympia, Jay Cutler believes Regan will go on to do great things:

Keep your eyes on Regan Grimes!