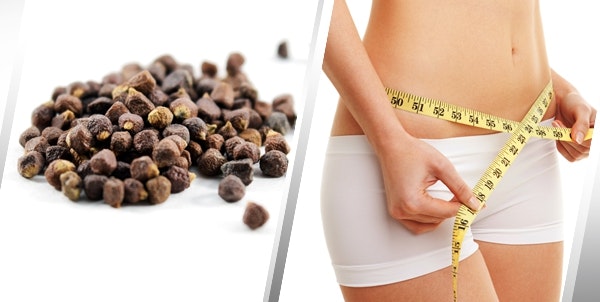 Part one of two blogs explaining how the grains of paradise extract (found in Best BCAA SHREDDED™) activates brown fat, which in turn, creates a thermogenic effect that increases the body’s energy expenditure and decreases body fat content.

First, what is brown fat?

Not all fat is bad. Technically called brown adipose tissue, brown fat can help keep your weight in a healthy range through the years, as opposed to visceral fat and white fat, which are known to increase the risk of diabetes, arthritis, hypertension and cancer.

Studies have shown that daily energy expenditure changes from person to person; in other words, everyone has a different basal metabolic rate. How many calories you burn, no matter your eating and exercise habits, is affected by how activated your brown fat cells are. Essentially, brown fat burns more energy (calories) than white fat. Some studies state that brown fat can burn up to five times more calories than any other type of body fat. The New England Journal of Medicine published three studies all stating the importance of brown fat in regulating body weight.

How is brown fat different than white fat?

White fat cells store energy in the form of one single oily droplet. Brown fat cells contain mitochondria and are made up of a larger number of smaller oily droplets. White fat insulates organs, but brown fat generates heat, which burns calories with the goal of regulating the body’s temperature. Creating heat requires plenty of energy, which helps your body tap into excess fat stores for energy.

In other words, brown fat is responsible for the thermogenic effect. A sports supplement like Best BCAA SHREDDED™ further encourages the body to use fat for energy. In the newest BPI Sports supplement, the grains of paradise extract (Aframomum melegueta) is one of the ingredients that pushes body fat to be used as fuel. Grains of paradise is a spice from the same family as ginger, with many names including alligator pepper and ossame. Originally from West Africa, where the spice has been valued for warming and digestive properties, it’s also found in Southern Ethiopia. Carnitine is another ingredient in Best BCAA SHREDDED™ that assists in burning fat for fuel, by converting long chain fatty acids into energy.

Brown fat acts like muscle tissue in some ways, unlike white fat, which is below the skin and affects hunger levels. The white fat is the one you want to avoid piling up. Brown fat can be stimulated to use the most glucose per gram, helping to control blood sugar levels.

Why is brown fat related to weight loss?

Simply put, brown fat’s job is to transfer energy from the foods you eat into heat. This process burns calories in two ways. First, brown fat uses calories (energy) to produce heat, so other fat cells are robbed of the calories that otherwise would have resulted in fat accumulation. Second, brown fat activation makes for more positive metabolic systems, as in the case of better blood sugar regulation.

Studies have shown that brown fat can benefit your metabolism, weight, even cardiovascular and immune system.

Brown fat cells use up more calories than other types of fat cells, potentially leading to fat loss. In a study on Grains of Paradise extract among a group of healthy men between the ages of 20 and 32 years old, results showed an increase of energy expenditure due to brown fat activation. These results suggest that brown fat may be an effective way to decrease body fat, including white fat stores that can lead to heart disease and obesity. Even the American Diabetes Association agrees: brown adipose tissue activation can work to combat obesity.

Brown fat has been shown to lower cholesterol and triglyceride levels by fueling itself with these very triglycerides, right from the bloodstream. By doing so, brown fat helps prevent numerous diseases.

According to a Stockholm University study, brown fat cells can alter glucose uptake by extracting sugar from the blood to fuel muscles. This results in more stable sugar levels, possibly counteracting fatigue, cravings and headaches. Brown fat can also lower the risk of type 2 diabetes.

To take advantage of all these benefits, you can increase brown fat in a number of ways. Find out how in Part Two of this blog: “How to Increase Brown Fat for Higher-Calorie Burning Power.”