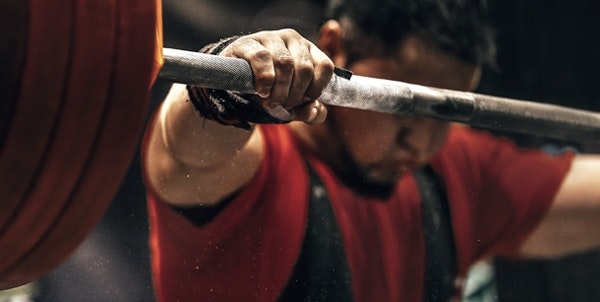 Last week, we featured several women powerlifters on our blog. Realizing that many of you may be unfamiliar with this particular sport, we reached out to a powerlifting coach and expert, Arian Khamesi, to break down the basics. Below is his introduction to powerlifting:

Powerlifting is a strength sport made up of the squat, bench press, and deadlift. Athletes are given three attempts at each of the three disciplines to build the biggest total possible. Athletes can be broken up into different divisions based on body weight, age, and other categories. Each attempt is watched by three referees and each judges whether the attempt was a good lift or no lift. An athlete needs only two of the referees to deem their attempt as a good lift for the lift to pass.

In Powerlifting, the first discipline is called the squat. But, in more specific terms, it is a back squat. The athlete takes the barbell out of the rack with the weight across the shoulders and gets set in their stance before getting the command to initiate the lift. The squat has two commands, which are “Squat,” prior to the descent and “Rack” after the rep is complete. During the descent, the athlete must lower their body until the top surface of the legs at the hip joint is lower than the top of the knees. This is one of the most controversial aspects of the squat, and possibly of all of Powerlifting. This is because while depth, according to the rule book, is objective, it is subjectively judged by the person in the referee chair. Other common errors include not following one of the commands, up and down motion of the barbell, and taking a step during the rep.

The final discipline is called the deadlift and it only has one command, which is “Down”. The athlete initiates the lift on their own time. Once they have achieved an erect, locked out position at the top of the rep, they then receive the “Down” command. Athletes may use a conventional (hands outside of legs) or sumo (legs outside of hands) stance when performing the deadlift. Common errors include up and down motion, supporting the barbell on the thighs, and dumping the barbell from the top.

The heaviest successful attempt from each of the disciplines is put together to build what’s called the total. An athlete wins their weight class by having the highest total. If two athletes obtain the same total, then the athlete who has the lower body weight wins the tiebreaker. If two athletes obtain the same total and have the same body weight, then the athlete who obtained the total first wins the tiebreaker. An athlete must have at least one successful attempt in each of the disciplines to produce a total. If an athlete misses all three attempts in one discipline, then their total is 0. In Powerlifting, we call this “bombing out”.

More about Arian:
Arian Khamesi is a powerlifting coach who is heavily involved with USA Powerlifting (USAPL). Arian is a competitor, National Referee, Senior International Coach, Raw Committee Member, Coaching Committee Member, Athlete Representative and Meet Director with USAPL. In addition, he is the current USA National Team Head Coach for the Sub-Junior and Junior lifters who compete at the IPF Classic Powerlifting World Championships. Arian has been coached by the likes of Dr. Mike Zourdous, Mike Tuchscherer and Bryce Lewis.