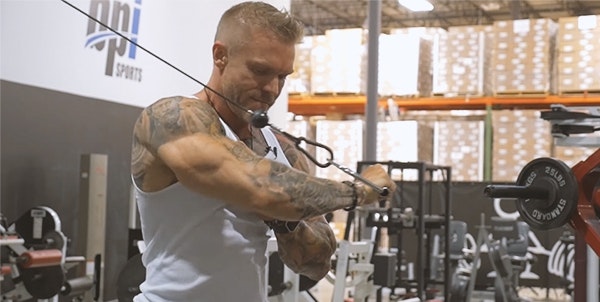 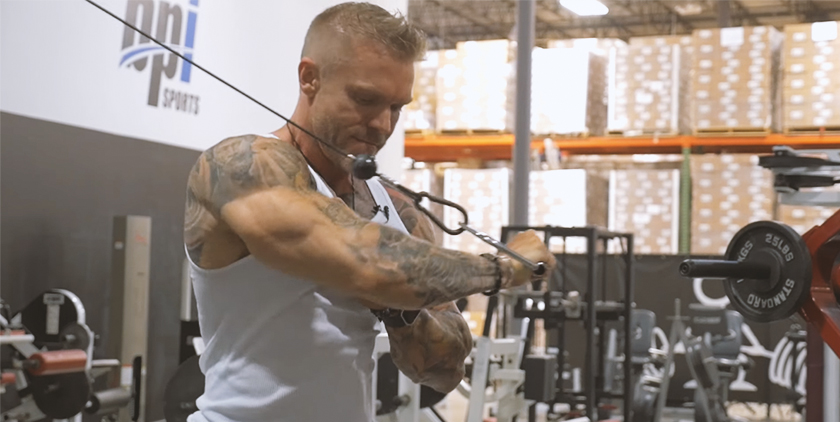 As most of you probably know, James Grage has more than his fair share of tattoos. Heading into the Arnold, he’s concerned that he’ll get docked points. So he heads over to see his friend Stacy Kaufman, the owner of Pro Tan, the official tanning sponsor of the Mr. Olympia.

James: I think he gave me really solid advice because I was asking if there were tattoo cover ups. He said I don’t want to do that because it ends up looking kind of muddy. It makes your skin look thick, and the whole idea of getting really lean in a competition is making your skin look paper thin so you can really see that muscle definition. He said, “You can’t cover them up. It is what it is. You have tattoos. Just deal with it.” So the idea is just to get a really good tan. I won’t have as much contrast so hopefully it won’t be as much of an issue. I feel good that at least I’ve got that all dialed in. I’ve got all my products; he gave me a big bag full of stuff. That was his best advice. He said, “Look, everyone now waits until the day of the show and they go in and they try to do all of their tanning in one day.” Back when I used to compete, everyone would do three or four days out and do layers of tan. You put a layer on, you sleep, you wake up in the morning, you wash it off, and then you do that again for multiple days. Stacy said, “Go back to that. It works. It creates a nice, even, dark tan.” So I’ll start a couple days out before I even leave. The other part of it is posing trunks. This is a part I don’t think people put enough time and thought into. Finding the right pair that are gonna fit you the right way, at the right length. They do have regulations about where they’re supposed to hit in relation to your knee, but I see a lot of them that go past your knee and I think aesthetically, it looks bad.

Which posing trunks will James choose? Watch the full episode above to find out.