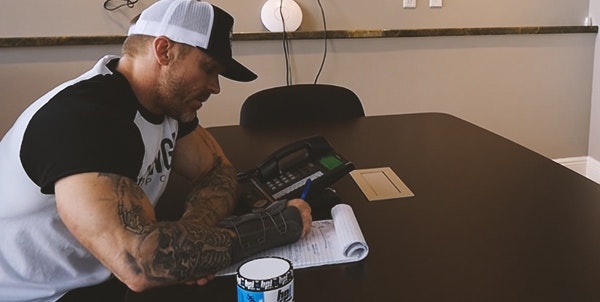 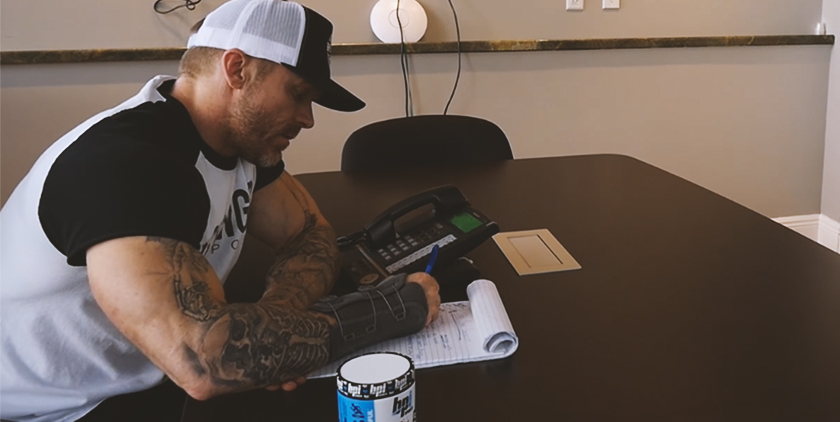 As James Grage reaches the one-week mark of Mission Shred, he reflects back on all the support he’s had.

“Just cruising along with my show prep. I’ve actually got to give Jay Cutler a call today. Jay has been an awesome help. If nothing else, just kind of moral support, going through the whole prep. I mean, the guy’s done… I don’t even know how many shows he’s done throughout his career, over 25 years of bodybuilding. That’s just an incredible resource that I’m incredibly fortunate to have access to.

That’s something that I really haven’t talked a lot about in this prep: the support network that I’ve had. Really lucky there. Besides Annik, who’s always got my back and has been doing all my meal prep. She’s always my rock, so super lucky that I have her there by my side. And that’s important for any type of goal, but particularly a fitness goal since it’s so much lifestyle – the way you eat and the way you live your life. Having a spouse who’s on board really makes a big difference.

It’s also been awesome having Kerby and Mike. I think they’re excited to be able to support me in this goal since I’ve been supporting them in their goals. But there’s other people around the office too that have been awesome. Chris MacKenzie, that’s our Chief Operating Officer, he helped me prioritize all the things I need to take with me to the show. He competes every year still, so I’ve had his help. Whitney Reid, that’s our VP of Sales, you know, same thing. Especially in the gym. You have those days where you’re just feeling blah or you’re fishing for compliments a little and it’s nice when someone says, ‘No man, you’re on the right track. You’re looking good. Just keep doing what you’re doing.’ We all need that now and then.

Watch the full episode above to hear the rest of what James has to say.