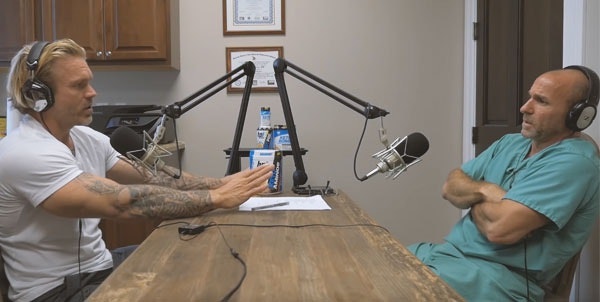 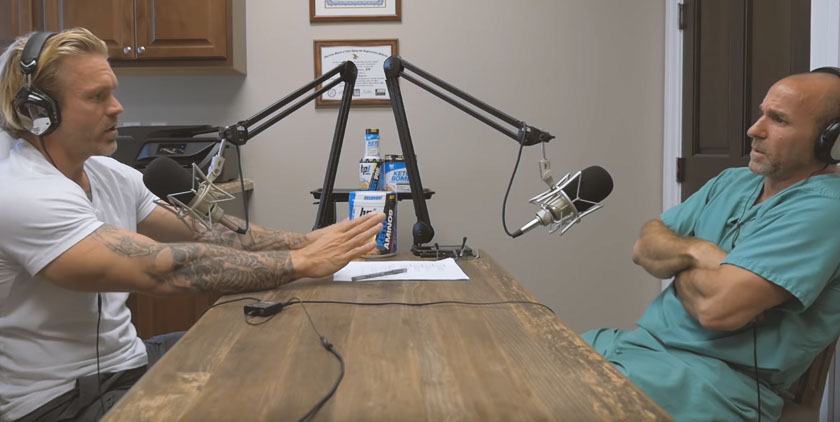 James Grage: The next category I want to talk about is keto for endurance athletes. It used to be that endurance athletes would carb load for days and days and days and try to maximize the amount of glycogen their body could store in order to perform as optimally as they could. Now we know that our body can only hold so much glycogen in the muscle and in our liver, and I think that what we’ve seen over time is people saying, “If I can teach my body how to burn fat as a source of fuel, that’s a much better state to be in for endurance than relying on glucose.” I’ve read some studies that say that even in an endurance situation the body still needs a certain amount of glucose, so what’s happening there? Let’s say that I go do a triathlon and I’m in a fully keto-adapted state, so I’m burning fat as a source of fuel. I go out there, I do this event – I bike, I run, I swim. Where does glucose come into play? And how does that factor into getting into a catabolic state? Cause when I hear “glucose,” even in endurance I’m thinking, “If my body is trying to preferentially burn fat as an energy source, I don’t have any glycogen, so potentially my body is going to break down muscle as a source of fuel unless I supplement with some sort of aminos or protein.” The other option is that my body would use ketones, but how effective are ketones at powering your body in an endurance event? I know that your brain can operate off ketones, and your muscles can use ketones as fuel, but how effective is your body at creating enough ketones in your body to fuel your body?

Dr. Brett Osborn: You know, using ketones is essentially using body fat. The breakdown product of fat, which ultimately get transported into the mitochondria, is acetyl-coA. A ketone is just two acetyl-coA molecules. So you’re fine being fully ketogenic and running marathons. It’s not gonna be a problem at all.

James: So in that situation, you’re an endurance athlete, you’re in a low-carb state, you’re using fat as a source of fuel, is there some sort of supplements that you should be taking to offset some of the muscle breakdown?

Dr.O: No question about it. A beta hydroxybutyrate supplement. Again ketones, whether they’re nutritionally derived or derived from exogenous sources, are muscle sparing. So I would definitely be using that. And obviously, what you want to be doing if you’re going to run a triathlon, and I tell this to my patients – don’t eat any carbohydrates! Eat fats the night before, make sure you are fully loaded on fats so you’re getting your daily macros. It has to do with energy systems. When you are steady state, you are burning fat. When you are doing this type of endurance race, and you’re on your 60th mile or 61st mile and you’re cruising along, you are relying on oxidative phosphorylation. You’re burning fat. However, when you are doing your sprints, when you’re getting that burn pedaling the bike, you’re using glucose as your energy source. It’s anaerobic glycolysis. So you can supplement with ketones, but during the times when you are going to be anaerobic, for example, that last mile sprint, that’s when you bring in the carbs. Here’s the other thing that people always say, “I don’t understand. I’m fully glycogen depleted, and my muscles are flat, how is it that my muscles can burn?” Because you’re never going to deplete your muscle glycogen. You can’t. Your muscles are always going to have some glycogen stores. So if you’re on a ketogenic diet, you can’t get a pump, but can you get a burn? Of course you can.