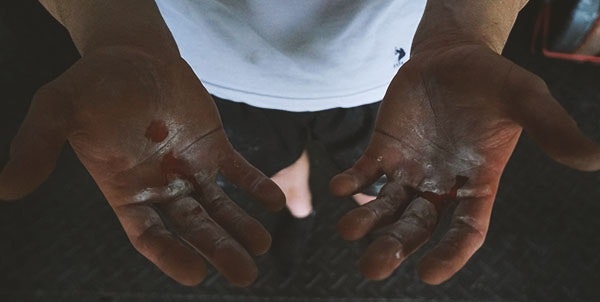 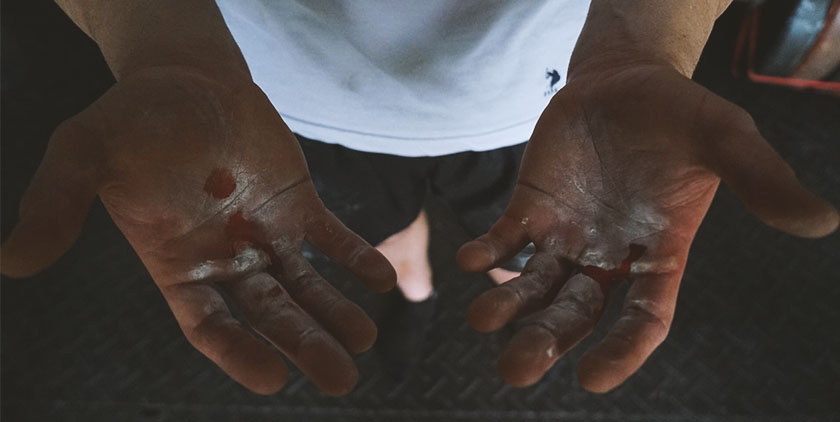 Recently, we filmed a commercial for One More Rep™. As usual, we recruited our local ambassadors as the talent and set about a full day of shooting. One of those ambassadors was Andrew LeMay.

Andrew has been an ambassador for about two years now. He’s a firefighter and a national level competitive powerlifter, so we knew he’d easily be able to portray a serious athlete on camera. What we didn’t know is just how literally he’d take the mantra, “one more rep.”

To start off the shoot, Andrew asked if we had any pre-workout. Naturally, we’d brought along the all-new One More Rep™.

“The orange flavor was delicious,” says Andrew LeMay. “It gave me the energy to do the 4-hour workout with the on-and-off shooting, having to hit maximal effort lifts hours apart.”

In the commercial, Andrew represents a heavy lifting athlete. He was hitting squats and deadlifts with as much weight as the bar could hold with bumper plates. During one such set, Andrew was doing deadlifts to failure when he tore open a callus on each hand. While not a serious injury, the cuts still bled pretty profusely and one of the BPI employees on site hurried to get First Aid supplies.

Without missing a beat, Andrew taped up his hands and went back to training.

“To me, one more rep means pushing yourself that extra distance that truly makes a difference between a successful or unsuccessful workout,” explains Andrew. “I decided to squat anyways because I believe that the only way to see how good you can be is to push through a bit of pain or poor circumstance and train hard for your goal. Even if things don’t go perfect, you adapt and push on.”

And that, ladies and gentlemen, is the true spirit of One More Rep™.