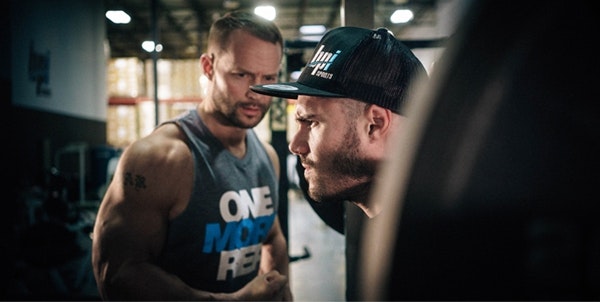 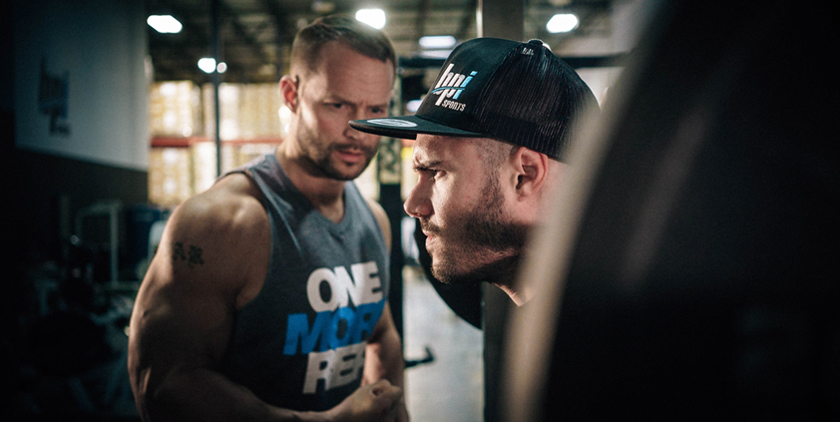 The new One More Rep™ video begins with a slow pan of the weight room at the BPI Sports headquarters. You can hear a voice shouting over the din of the weights. That’s Whitney Reid. He’s the National Sales Director for BPI and a fixture not only at our offices, but also in our advertising. At 6’1” and 225-pounds of muscle, he’s hard to ignore, even when he’s not shouting. While the video was designed to capture the spirit of the new pre-workout, One More Rep™, the story behind it captures the spirit of BPI Sports.

Daniel Guedes is the Senior Digital Producer and UI/UX Designer at BPI Sports. He was also the very unassuming star of the One More Rep™ video. In fact, being made the star of the video was a complete surprise. “I showed up and the camera crew was there,” said Daniel. “I thought I was going to be an extra!”

“One thing that sets us apart from other brands is that everyone here lives the life,” said Whitney. “Daniel is one of those guys I see in the back, in the warehouse gym training hard. He stays in great shape and you can tell he is dedicated to improving himself. That is why we chose him for the video and that is what One More Rep™ embodies.”

For Daniel, being made the star of the One More Rep™ video was recognition for years of silent toil. A journey that took a skinny teenager from Caracas, Venezuela, to south Florida, and eventually to work for BPI. Daniel, who has worked on the graphics for the new One More Rep™, was excited to be featured in this campaign because he likes the new product and its innovative natural ingredients.

“I don’t usually take pre-workouts,” said Daniel. “I usually just drink tea or coffee. I like the fact that it gave me a lot of energy, but it was clean energy, without that jittery feeling. It really helped me to push myself.”

How the New One More Rep™ Came to Be

The new One More Rep™ was the result of conversations between BPI co-founder James Grage, VP of Sales, Chris MacKenzie and National Sales Director, Whitney Reid.

“It’s more of a performance-based product than just a pure energy product,” stated Whitney. “The key ingredient is beetroot. It’s one of my favorite ingredients. Our VP Chris and I have been taking beetroot for years because of the pump aspect of it. It was me, Chris and James talking about what we personally used. That’s how we formulated the product.”

Here are the ingredients that James, Chris and Whitney used as the blueprint for the new One More Rep™:

Beetroot
The beet is an antioxidant-rich vegetable that naturally contains nitrates that increase nitric oxide in the body. This may increase muscle pump during exercise, endurance and performance.

Carnitine
Carnitine is a fat transporter, increasing the amount of fat cells taken to the mitochondria, where they are burned for energy. This may support weight loss efforts and help boost performance.

Citrulline
Because of citrulline’s ability to support cardiovascular health, reduce muscle fatigue and improve endurance, it has applications that benefit both athletes and people with heart health concerns. Citrulline has also been shown to relieve muscle soreness.

Betaine
Betaine has been recommended as a performance-enhancing compound. Betaine boosts both athletic performance and muscle endurance.

Go for One More Rep™

One More Rep™ contains no artificial colors. Its red color is actually a result of beetroot powder. The formula is beta alanine free, which means you won’t experience the tingles, jitters or a crash. Plus, One More Rep™ doesn’t contain creatine, so it’s safe to stack with other supplements. Choose from four delicious flavors: Hurricane Orange, Raspberry Tea, Fruit Punch and Berry Splash.

“It’s going to give you an insane pump,” says Whitney. “It has a great energy aspect to it but it is not overly caffeinated. This is truly a performance based pre-workout.”