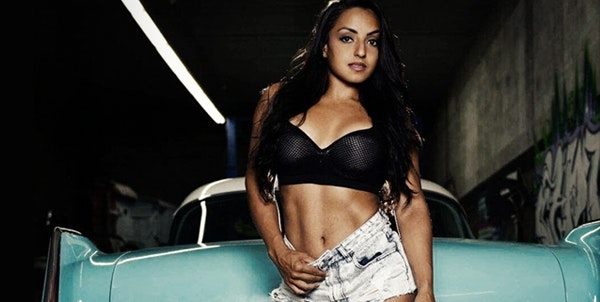 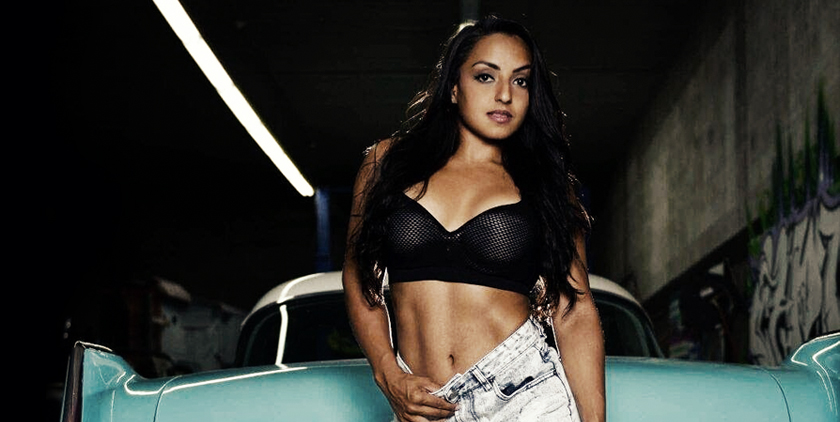 Back in May, we posted a feature article on one of our employees, Lauren Bordelon. Today, we’re continuing our Real Women Athletes series with this interview with Erika Otero, another BPI Sports rock star:

How did you get into bodybuilding?

I was always a distance runner; I ran Cross Country and Track for St. John’s University my freshman year college. When I came home for winter break, I got in a car accident that left me with seven herniated discs in my spine. I was no longer able to run competitively and was getting out of shape. I began lifting weights with a friend who was doing a teenage bodybuilding show. Then, his coaches Pablo Mills and Andre Vaughn saw me and said I had a nice physique with great genetics. They suggested I try out for at least one teenage division show. I won that first show, the 2008 NPC South Florida Teen Figure division. I fell in love with the sport the second I stepped on stage!

Were you athletic as a kid?

I was actually overweight until the age of 12. Then the summer before high school I went with a friend to try and see how I might like the cross country practice. I suffer from asthma, so that first day I was in crucial pain but something kept me coming back! By the beginning of the season I was running on the varsity Cross Country team and then went on to make the varsity Track & Field team. Once I discovered my passion for fitness, I also began dancing hip hop and belly dancing, cheerleading, and had joined the JROTC drill & fitness team.

Tell us a bit about your competition history.

I have been doing shows for about nine years, and have done a total of 12 shows. Here are some career highlights:

How do you train?

I usually like to train my upper body a bit more “bodybuilding style” where I lift heavier, short rep ranges and longer rest periods. I try and focus on the building aspect of my training when it comes to Chest, Shoulders and Back. Since genetically I have big arms, I try and do Biceps and Triceps in a bit more “functional” manner where I incorporate a lot of super sets and circuit type training.

As I get closer to a show, I will begin incorporating extra fasted upper body sessions in the mornings. I will add a 30 to 40-minute circuit style lifting session to my day and keep the more isolated and heavy lifting workouts for the afternoons. I probably do this for the last eight weeks as I approach a show or if I want to begin to see my body lean out a bit more at any given time.

Lower body is a bit tricky for me due to my injuries. I try and isolate Quads and Hamstrings & Glutes on separate days, which helps keep my lower back from feeling too taxed all at once. To protect my body from furthering my injuries, I also try and keep the weight at a moderate percentage of maybe 65 to 85 % of my capability and always staying within a high rep range of 25 to 50 reps. About once every two weeks I will challenge myself to heavy Front and Back squats as well as dead lifts.

What’s your favorite body part to train? Why?

My favorite body part to train is shoulders. I feel like my shoulders need the most work still, therefore I like the challenge. I also find that the way our shoulders are built set the base of that “X-shaped” figure look that I have been seeking since the age of 17.

Do you have a least favorite body part to train or weakness?

I dislike training glutes. It has to do with the way it taxes my lower back, therefore it is very tough to concentrate on the actual muscle isolation as well as the mind to muscle connection. Even though it is a weakness, it is what I am focusing the strongest on during this contest prep.

I have been working on making my metabolism work for me! What does that mean? Well I am eating a lot, and loving it. This is the most I have ate during a show prep and my body is truly taking it well. Almost every meal has a source of carbs, protein, and a fat. The nutrition plan consists of a lot of variety to make sure my body assimilates well to all sorts of fiber intake and my digestive system is kept busy at all times. I am sure as the preparation gets closer to the show my carbohydrate intake will have to drop and a carb cycle will be put into effect.

Other nutrition standards I am following: 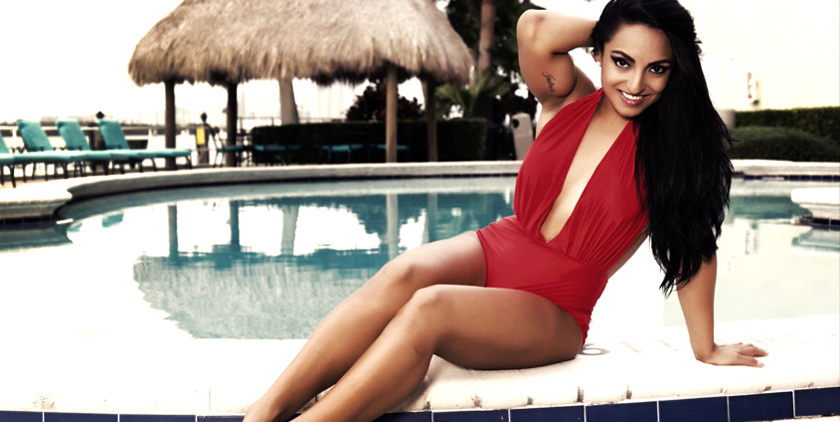 What supplements do you use?

What’s your favorite thing about bodybuilding?

Bodybuilding to me feels like a family. Since I have been in the bodybuilding sub culture for about 9 years, I have grown to know many people not just locally but nationally and internationally. Therefore, when there are big events like Nationals, the Olympia, or the Arnold, you get to see long time friends and interact with people from many different cultures that have one passion in common.

What’s your favorite thing about competing?

Every time I compete, the transformation feels totally new, exciting, and different. Every prep has the potential of teaching you something new about your body and about your metabolism. The most fun is getting to see yourself improve from show to show.

Which competition are you most proud of?

My last competition, the 2015 NPC South Florida, is the competition I am most proud of. Sure, I won my class and for the first time in my years of competing I won an overall, but it was about much more than that to me. I have been fighting injuries for 11 years from the car accident I mentioned earlier, and those injuries had all flared up during that prep. Therefore, being able to just finish my prep and have the honor of going on stage and competing against other amazing figure athletes is an accomplishment within itself.

Is there something specific you’re focusing on or trying to do different in this upcoming show?

My main focus as I go into this year’s contest prep is to actually do it in the healthiest manner possible. What I mean by that is that I am trying to make sure my metabolism does not take a strong hit from an extremely low calorie nutrition plan, or vice versa, training so hard and not consuming enough food. When I have had coaches in the past, sometimes I have been underfed and then I gain weight rapidly as soon as the show is over. This year’s goal is to actually maintain in a healthy manner, even after the show is over and done with.

Is there anything else you want to share with our audience?

I would just like to point out that sometimes the people around you won’t understand why and the means to how you are doing this. Keep in mind this was YOUR decision and no one else has to agree or understand it. People will tell you you are not lean enough, you are too lean, you don’t look healthy. My advice to you is to just ignore all that is being said to you and just focus on what feels right to you!