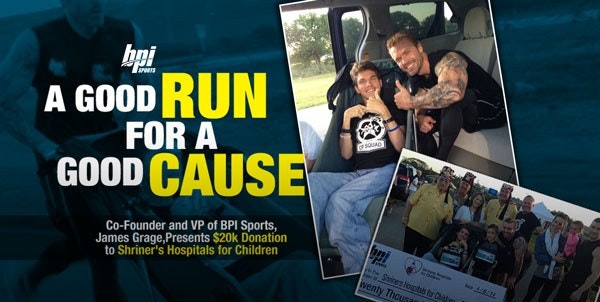 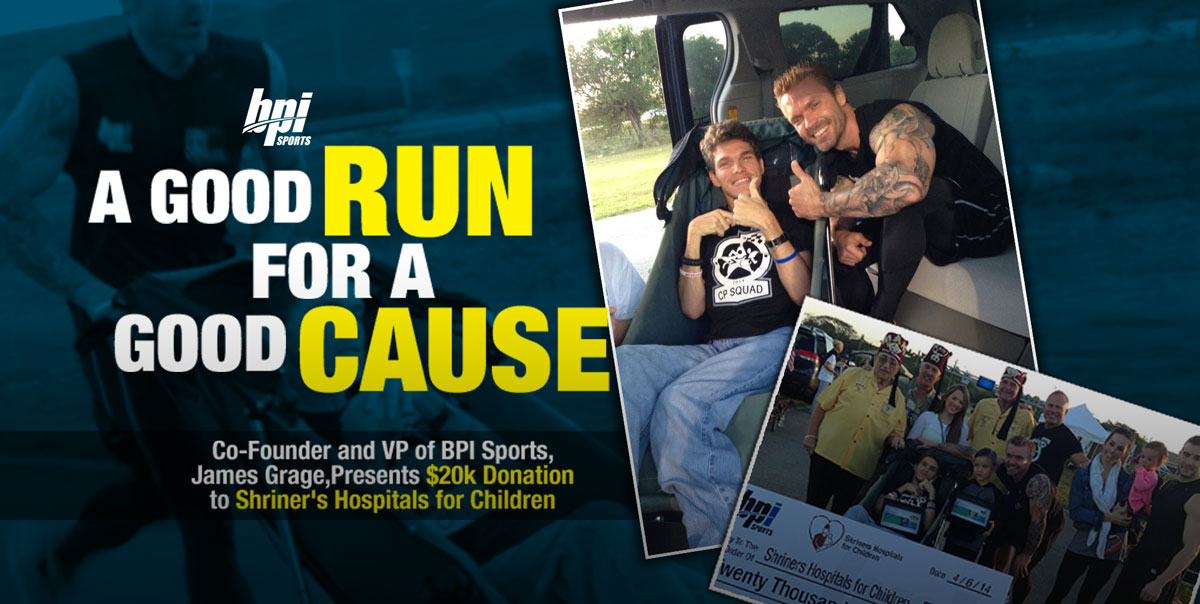 This was an especially daunting challenge, as Grage had not run in over 15 years due to a serious accident.

Grage crossed the finish line completing the mile sprint in six minutes, all while pushing longtime friend Michael Sayih, a quadriplegic that suffers from Cerebral Palsy. The race was a success and a $20,000 donation was made on behalf of BPI Sports.

“Running for a great cause like Shriner’s was incredibly motivating but having Michael there with me every step of the way was equally inspiring,” Grage said. “I knew that he would give anything to have his own two feet there on the pavement, and that was enough to push me past any temporary pain I was feeling. The icing on the cake was presenting that $20,000 check to Shriner’s from BPI.”