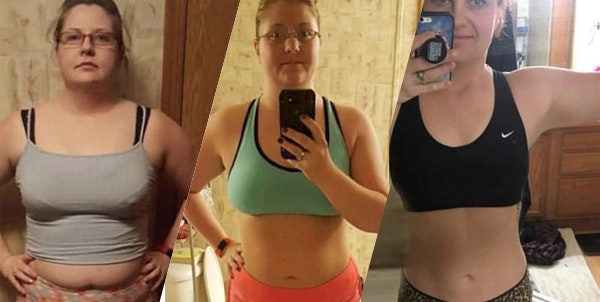 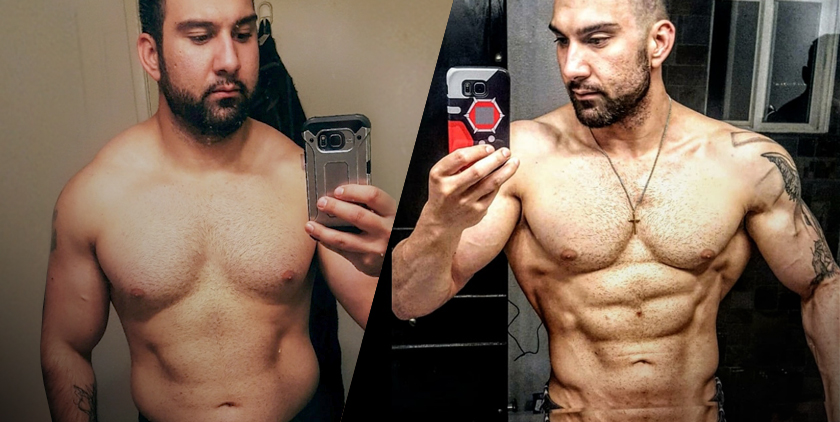 Here are a few of the transformation stories from our ambassadors that take that mission to heart:

Marcus spent four years in the U.S. Navy, but outside of his basic training, he never really got into fitness. When he got out and went to college, he put on some unwanted weight, reaching 210 lbs. at 26% body fat. That’s when he sought out Corey. He wanted help getting ready for a bodybuilding show, but more than that, he wanted to prove to himself that he could go from the worst shape of his life to the best shape of his life. In just over three months, Corey helped him drop to 189 lbs. at 8% body fat. At his first show, his transformation earned him 4th in Men’s Physique.

Kodi has been working with Brett for about three months, helping him to prep for his first NPC Men’s Physique competition. By putting together a training routine, cardio schedule, and a strict macro breakdown, Kodi has helped Brett drop from 219 lbs. to 188 lbs. His go-to supplements are B4™, Best BCAA Shredded™, CLA + Carnitine, One More Rep™ and Whey HD™.

Kara approached Brittany in February 2017 as a senior in college. She is getting married at the end of June and wanted to make a change. In the past year and a half, Kara has committed herself to hours upon hours in the gym and to meal prep. As a result, she has managed to lose over 70 lbs.! When she first picked out her wedding dress, it was too small. Thanks to her transformation, now it’s too big.

Ever since Roger was a kid, he’s wanted to be a bodybuilder. He idolized Arnold Schwarzenegger and dreamt of what it must be like to have so much strength. However, it wasn’t until he met Dior that he acted on this dream. Dior helped him with his training, providing advice and motivation along the way. Today, Roger is bigger, faster, stronger and healthier than he’s ever been, and he’s finished no less than second place in every bodybuilding competition he’s entered.

Hannah came to Allison to help her get in shape for her wedding day. Even while juggling 12-hour RN shifts, Hannah stuck to the training and nutrition plan Allison provided. Six weeks in, Hannah is down 6 lbs. and had put on long, lean muscle.

Christina is a 32-year-old mom of two. She is married and works 36-48 hours per week. Needless to say, she’s busy. After working for eight weeks with Asah, Christina was able to drop 8 inches and 6% body fat. She re-enlisted in the army and was able to promote two months early! Now she’s moving on to her next goal.

Cecilia is a 19-year-old college student who’s had trouble losing weight and being consistent in the gym. That is, until she met Carol and started taking her classes. There, she gained confidence about proper form and the intensity of her training. Now that she’s seen her transformation, she can’t get enough.

Walter struggled with his weight and self confidence most of his life. One day, he woke up and made a change. Knowing that cancer and diabetes run in his family, he decided to get his health under control. Chris helped him take his training to the next level. With his guidance and the addition of BPI supplements, Walter has continued to push himself and stay motivated.

Flavio owns a painting company, which keeps him fairly busy. For many years, he neglected his health, slacking on both training and nutrition. Rodrigo helped him get back on track and in three months, Flavio lost over 40 lbs.

In less than one year, Jennifer went from being a classically trained ballerina with no upper body muscle tone to lifting six days a week. She doubled what she could bench, squat and press, started running 5Ks and 10Ks and placed in her age group in almost every race she entered. Her waist shrunk from 29+ inches to 26 inches, her body fat dropped 5% and she went down 2 dress sizes. Best of all, she’s maintained all of the flexibility from her dancing days during her transformation.

Rhiannon has been insecure about her body her entire life. At 19, she was spending all her time focused on school, continuing to neglect her health and fitness. She was tired of feeling unhappy. That’s when she found Jojo. She started going to the gym every day at 5am. She trained hard, focused on her nutrition and gave it her all. One year later, Rhiannon is happier, healthier and confident that starting to train with Jojo was the best decision she ever made.