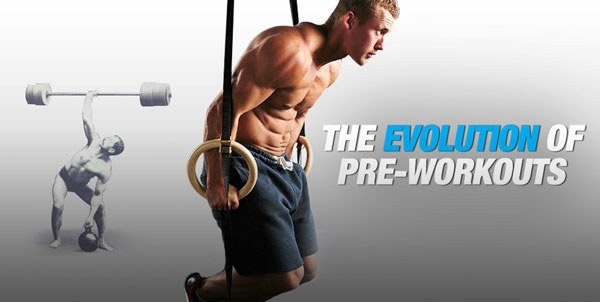 Learn how the pre-workout you depend on to get you through a workout has evolved into what we know today.

Where It All Began:

In the early 1990’s, creatine was introduced to the world of supplements and sparked a whole new level of interest in sports nutrition and supplementation among consumers. Creatine, with its neutral taste and noticeable results, pleased both athletes, bodybuilders, and the hardcore crowd alike. As more consumers came into the supplement market, both the quality and acceptance of products began to skyrocket.

The Moment it all Changed:

In the early 2000’s, the number of people shopping in nutrition stores began to significantly rise. More often, products were hitting the market billed as “the best thing since creatine.” While many of these products did have validity and popularity, nothing really captured the common consumer’s interest… that is, until the words “Nitric Oxide” and “NOS” were introduced.

The supplemental trigger point for NOS is the amino acid arginine. Scientifically, the role of Nitric Oxide Synthesis (stimulated by supplemental arginine intake) and the resultant effects on human physiology is a complicated biological and chemical process.

…BUT NO ONE CARED ABOUT ALL THAT, all we knew is that it gave you “one hell of pump in the gym”.

Bodybuilders and fitness enthusiasts couldn’t get enough of this stuff! People were taking these products before hitting the gym, having better workouts and seeing better results! Since it seemed everyone was taking this supplement as a pre-workout, it wasn’t long until companies got the idea to add some caffeine for a boost of energy as well as some other ingredients to enhance the quality of your training. Alas, the modern day pre-workout product had just been born.

The Evolution of Pre-Workouts

In an instant, having an explosive workout with a super pump became a MUST for gym goers everywhere. As the years passed, the bar was continually set higher and higher. Consumers became conditioned to expect a stronger and more powerful product that they could “feel” within moments of taking it. What started as a boost in energy for your workout quickly morphed into marketing promises like “the strongest energy you’ve ever felt!” With the new innovations and ingredients hitting the market every day, these promises were being fulfilled! Early users of pre-workouts can definitely relate to the sleepless nights waiting for the pre-workout to finally wear off so they could get a good night’s sleep.

What the People Want Nowadays:

As the novelty of unrelenting, tooth grinding energy began to fade, people returned to what started all of this in the first place… the desire for a better pump! More blood into the muscles… harder workouts… a more vascular appearance… better hydration and endurance. Basically, a pre-workout product designed to help you have an overall improved workout. So, we took a poll. What did the people want when it came to a pre-workout. The #1 answer? A PUMP. Well, we heard you loud and clear. If you are wondering what’s next in the world of pre-workouts – stay tuned; we can’t wait to show you what we have in store.

As pre-workouts continue to change and improve, two things remain constant: consumers want the latest and greatest that the industry has to offer and as long as people workout, the pump will continue to be chased.