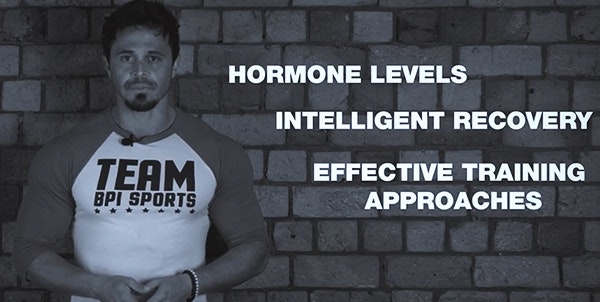 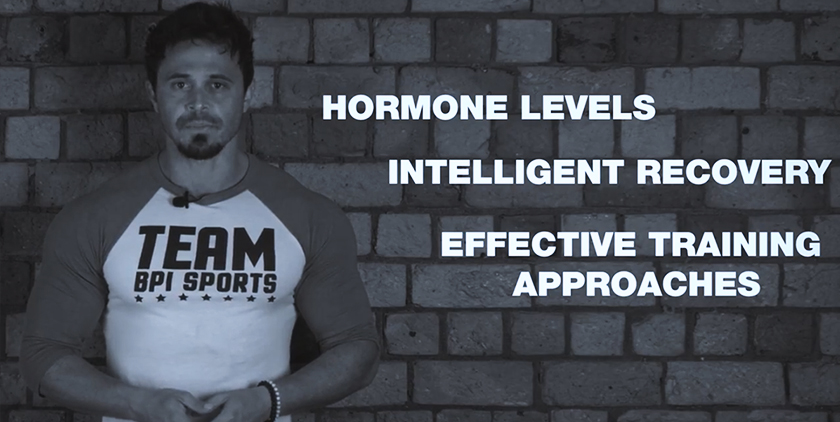 Today, we’re gonna look at the truth regarding training for males over the age of 40. Personally, I feel this is an important topic to cover because for the most part, this age group has only been provided very one-sided information. It seems like every 40+ training workout that you come across in fitness magazines and mainstream media treat the readers as guys who don’t know what a dumbbell is and already have one foot in the grave. The guys who are in shape and have been training for years are left on their own.

First, let’s get to know the three viewpoints that we’ll be looking at this information from. Number one is Chad. Chad is in shape. His condition is muscular and lean. He’s been training for over 20 years and eats well, specifically to support his efforts in the gym. He has just turned 40.

Our second viewpoint is Roger. Roger is not in shape. He is a little overweight and has below average muscularity. Roger used to train regularly, but after the age of 30, he stopped. He has experienced serious physical regression over the last 10 years. Roger has also just turned 40.

Our final viewpoint is from Brian. Brian, like Roger, is not in shape. Brian is overweight and has poor muscularity. He has never followed any type of exercise program in his life. Brian too has just turned 40. Now that we have our three viewpoints, let’s get into the factors.

Testosterone is the primary male sex hormone. In male humans, testosterone plays a key role in the development of male reproductive tissue as well as promoting secondary sexual characteristics such as increased muscle and bone mass. In addition, testosterone is involved in health and well-being.

Now, from the viewpoints of our three gentlemen, Chad is likely the only one that would fall into the healthy testosterone decline range. Roger and Brian are both overweight. Alcohol consumption is no doubt part of their weekly routine. And chances are that out of the three, Brian is likely on prescription medication. All of these factors are contributing to a faster decline of annual test levels for Roger and Brian.

What does the decline mean for the three guys if they want to stay in shape or get in shape? For Chad, as each year passes, he’s going to find it a little harder to maintain his current lean muscle mass and lean body fat percentage. If he follows the exact same training and nutrition approach that has worked for him in the past, he will likely end up experiencing a gradual physical regression due to the accumulating annual decline of testosterone. This would result in a slow drop in muscle tissue and a slow increase in body fat stores.

Roger and Brian are both walking into their 40+ training life with already lower levels of testosterone than Chad, as well as more rapidly depleting annual declines. From a pure testosterone concentration point of view, they are starting behind Chad. However, this is where Chad is at his biggest disadvantage. Understand, Chad has been experiencing increasing physical improvement up until now. Since Roger stopped training at 30, he has been experiencing physical regression. Brian, who has never followed any training, has been physically declining from way back when. Both Roger and Brian, if they exercise correctly and practice good nutrition, will experience health improvements and will naturally experience improvements in their testosterone levels. Over time, they may be able to bring their levels up to the healthy, naturally declining rate for their age, which for them, will feel like a vast improvement.

If Chad, on the other hand, doesn’t realize what’s happening, and doesn’t account for his naturally declining levels, he’s going to gradually feel worse – experiencing declines in energy, recovery and overall physique quality as the years go by. The results Chad has been able to enjoy to date will be more challenging to achieve once he passes 40 if he doesn’t carefully look at his approach.

The actual process of recovery is the same for anyone, no matter what age you are. You start at your baseline, you train and fatigue, and then your body goes through its physiological recovery processes, not only returning you to your baseline, but into the supercompensation response, which allows you to become bigger and stronger by adapting to the previous training stimulus. Studies have shown that due to alterations in metabolic recovery when we age, a longer recovery period is thought to be required before returning to baseline levels.

What does this mean for our three, 40-year-old gentlemen? For Chad, it will mean that if he trains at the same volume, intensity and frequency, his slower rate of recovery and adaptation will eventually catch up. He’ll walk into a training session still sore from his previous session. Brian, who’s never trained before, isn’t going to notice a difference because he has nothing to compare it to. Roger is going to be the one who feels this change the most. Roger used to train, so he remembers how it used to feel and how long it took him to recover between sessions. Now that he’s started again, from day one he’ll experience slower, longer recovery rates than what he remembers 10 years ago.

What we also need to consider is the wear & tear on our guys’ joints, ligaments and connective tissue. Of the three guys, Chad is the most at risk here. Remember, Chad has been training for decades. Not only does he need to account for increased recovery times, he needs to start programming his training around adequate rest and down time for any previous injuries and any joint and tendon issues that may appear as the years pass by.

All three guys need to start listening closely to their bodies. When they feel “off,” they need to train around any issues by using exercises that are easier on their bodies. In no way am I saying to drop the big lifts but being smart with programming and having counter programs when things aren’t feeling right means that they’ll keep progressing injury free.

To learn Tyrone’s tips on the last factor, training approaches, watch the full video above.