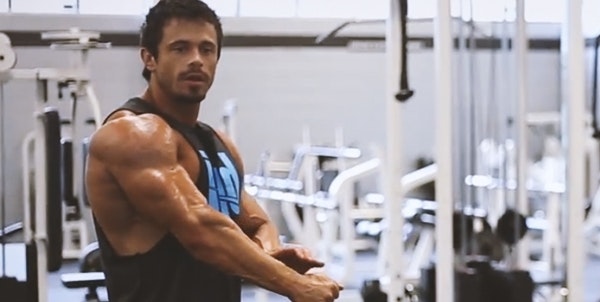 “If you’ve been around the gym scene for a while, you’ve probably heard the term ‘muscle memory’ being thrown around. Today, I’m going to look at muscle memory, clear up exactly what it is, remove any bro science from it, and explain how it works.

What is Muscle Memory?

First of all, what is muscle memory? Let’s say you’ve been training for a while. A number of solid, consistent years. Training long enough that you’ve been able to experience noticeable muscle growth. But then, for whatever reason, you stop training long enough that the muscle hypertrophy that you were able to achieve is no longer. An apertrophy starts to occur. Your once buff self, is, well, not so buff. You’re back to square one.

Muscle memory is the concept that if you were to pick your training back up again, even after all your regression, you would regain your lost muscle faster than the first time around. Your muscle growth this time around would be accelerated. Good news is, muscle memory is a very real thing. To understand how this works, we first need to understand and give some appreciation for a particular cell known as a satellite cell.

How Does Muscle Memory Work?

Satellite cells within our body spend most of their time chilling. Think of them as players on your team just waiting on the bench. When we train, and train hard, we cause muscle damage. One of the physiological processes of recovery that our body takes when muscle damage is present is to wake up your satellite cells, get them off the bench and send them to your damaged muscle fibers. There, the satellite cells make the ultimate sacrifice: all in the name of recovery, they donate their nuclei to the damaged muscle fiber.

Now, we’re saying you’ve stopped training for whatever reason. Here’s the cool thing: while your untrained muscles will be experience apertrophy, depressingly decreasing in size, their number of nuclei is not decreasing. Your shrunk-up muscle still holds the same number of nuclei that your satellite cells donated to it on a consistent basis over the consistent years of previous training. It’s this elevated number of nuclei in your muscle fibers that provide the mechanism for muscle memory. The greater number of nuclei in the muscle, the greater volume of potential protein synthesis. The greater amount of protein synthesis occurring, the faster the rate of muscle growth. This explains the long-lasting effects of training, and the ease of which individuals who trained previously return to their former physiques.

How Do I Take Advantage of Muscle Memory?

If you’re a prime candidate to take advantage of muscle memory, someone who has had some decent time off, what’s the best ‘come-back’ approach? Anything you do with a moderate to high intensity, resistance training wise, will help trigger your already increased potential for protein synthesis.

With that in mind, I first recommend a reintroduction to prime movements. This isn’t because you’re back at square one and I’m treating you like a newbie. It’s because I want to reestablish mind-muscle connection and previous movement patterns as fast as possible. I prescribe clients to perform two weeks of these reestablishment workouts, focusing on the main movement patterns that I plan to use heavily later in their programs. Since these movement patterns are the same as the ones the individual would’ve performed before their training lapse, the movement and mind-muscle connection will return at a far faster rate than say, when a newbie tries them for the first time. Two weeks is generally long enough to achieve the needed reestablishment. Then, from week three onwards, we’re back into normal training intensity, taking full advantage of the individual’s ready and waiting nuclei.

If you find yourself returning to the gym after a long hiatus, just realize, you’re not actually starting from day one again. You’re already primed for a fast comeback. Stop waiting! Take advantage of the ready and waiting nuclei and make that comeback you so often think about!”