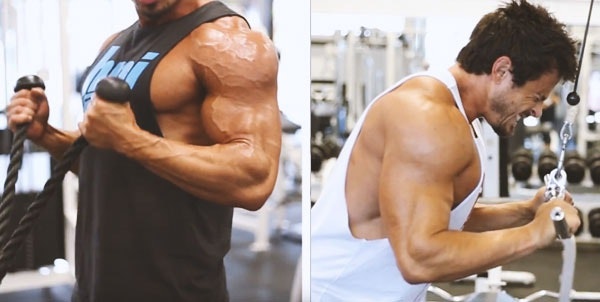 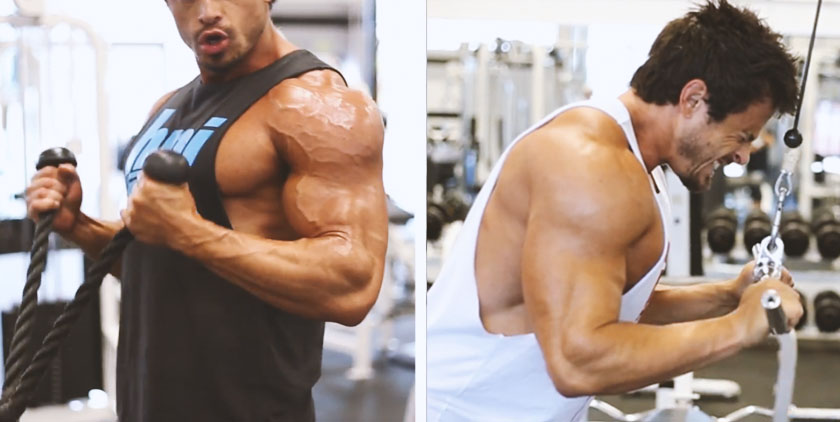 In this blog, Tyrone Bell, BPI Sports’ Training Expert, is back to discuss the intensity-boosting technique known as supersets.

“We’re going to cover the critical areas of this technique so you can effectively implement supersets, taking all needed considerations into account and reap the full benefits that this very effective training technique can bring.

Supersets in themselves are a simple technique; essentially just two exercises performed back to back, one after the other, with little or no rest in between. But all too often, because of the simplicity, trainers tend to throw any two exercises together, not really considering the full potential benefits that the right pairing can bring. So, we’re going to have a look at that.

There are three main reasons why you’d want to perform supersets. First, simply from a time conscious point of view. The use of supersets gives you the ability to structure more volume. Second, the use of what’s called a pre-exhaust superset for a fresh type of stimulus. A method you can use to effectively push relatively easy beyond failure generating more metabolic stress and anabolic responses. We’ll look into this as well. Third, with the right structure and the right exercise pairing, supersets give us the ability to increase the intensity and stimulate the targeted muscles at different points of the muscles range. This means you target more of the targeted muscle’s full profile as well as encouraging growth responses such as muscle cell swelling and metabolic stress.

In your traditional, classic training format, you complete all of the sets of one exercise before moving to the next, resting for a period of time between sets. So naturally, a large percentage of your session is rest. With supersets though, that required rest period is cut right down and a lot of it is used to complete a set of another exercise instead. This allows you to complete the same amount of exercises in a much shorter period of time. So it gives you the ability to structure more density to your training session as you have more time up your sleeve. This results in a greater level of fatigue and metabolic stress creating a favorable hormonal response, which may lead to greater muscle growth.

Now, here’s the thing guys. When using supersets for time efficiency, your most favorable superset option is what’s called an agonist/antagonist pairing, or muscle groups that are opposite of each other. For example, pairing a bicep exercise with a triceps exercise, pairing a chest exercise with a back exercise, or pairing a quads exercise with a hamstring exercise. There’s a couple of reasons for this. First, from the point of view of rest. Let’s say you just completed a set of dumbbell chest press. The pecs are near fatigue, not to mention your assisting triceps and front deltoids. For optimal performance in your next set, they need rest. So if you hit it again with another compound chest exercise, your performance is seriously going to drop. But if you stack your second exercise of the superset up to be a back exercise – the antagonist muscle group to your chest – and in particular, a rowing exercise, you’re using a completely fresh set of non-fatigued muscles. So this would mean, while you’re working your back, your chest has a chance to recover so it’s ready to go again next set. Now not only from an interest of a rest point of view, but the antagonist/agonist pairing also holds some performance benefits as well. Several studies have shown that these types of supersets can actually increase force output during the agonist contraction because of reduce inhibition by the antagonist muscle and an increase in stored energy in the muscle. That means that if you precede your bicep curls with a set of triceps pushdowns, you actually may be able to perform more powerful contractions. This means greater mechanical tension and in turn, more muscular growth.

The next variation and reason for using supersets is the pre-exhaust superset. This focuses on first, using an isolation or single-joint movement to pre-exhaust the targeted muscle group before doing a compound movement to allow the secondary motor muscles to push the targeted muscle harder. In plain English, that means you start with an exercise that works just the targeted muscle, such as dumbbell front raises. When you’re done, you use an exercise that works the target muscle with the help from other muscle groups, for example a dumbbell Arnold press. The net result is that you’ll first exhaust the front deltoids with the front raise. Then you move to the Arnold press where the front delts get help from the triceps to keep moving the weight, pushing the front delts much harder than they would normally have to work when just performing the Arnold press.

An obvious consideration here guys is, your second exercise, the compound exercise, you don’t lift as much weight as you normally do. Your target muscle is already fatigued from the isolation exercise and yes, while the secondary assisting muscle groups are in play, you still won’t be able to lift as much if you pre-fatigued properly.

Different superset combinations can help increase muscle fiber activation. Essentially, this means you can use specific exercise combinations to increase the intensity of work on a specific muscle, helping to stimulate the entire profile of the muscle. This is what’s done through an agonist/agonist pairing, so two exercises working the same muscle group, one after the other. But what we’re looking at is smart pairing. This is where I see so many trainers getting it wrong – giving very little thought to this. This type of superset gives us the ability to do so much more than just bash the muscle up with more volume. It gives us the ability to stimulate the different muscle fibers at different points of the muscle’s range of movement.

Couple of examples: let’s use triceps. For the first exercise in our superset, we’ll perform overhead triceps extensions. This places the majority of the load focus on the long head of the triceps, and if you know your anatomy well, you know that this overhead position has the triceps contracting out of its fully lengthened position. So very quickly, before we go into the next exercise of this superset, what we need to consider is that exercise one is hitting the long head of the triceps as well as working the triceps out of its fully lengthened position.

So now, when it comes to the next exercise, we want to be sure it’s not going to hit the same points. So a smart exercise selection would be triceps dumbbell kickbacks where the short head of the triceps is now in the firing line. And again, if you know your anatomy well, you know that this position of the arm, tight to your side, has the triceps contracting to the shortest, tightest contraction point possible. These two triceps exercise pairings are a smart pairing because even though they target the same muscle group, you’re shifting the load focus onto different heads and shifting the emphasis of the triceps range. This will help ensure the full muscle profile is being stimulated.

Another quick example of this type of superset, but this time not changing the load focus onto different heads of the muscle. Instead, just concentrating on the muscle’s full range. Let’s use bench press as exercise one. The primary muscle being worked is the pectoral and the load focus is primarily through the pectorals’ external head. But let’s see where the range comes into play. With the bench, we are placing the load focus very effectively from this point of the range to here. Essentially, only part of the range is being worked – half of the movement – because as we know, the pectorals’ tightest contraction point is when our humorous crosses our body and we haven’t touched that part of the range yet.

So a smart superset pairing in this case would be to follow up the bench press with a modified cable press, which would service the untouched part of the pectoral range that the bench press couldn’t hit. So you see, in this example, we didn’t shift the load focus from different heads of the pectorals. In both the bench press and the modified cable press, the sternal head of the pecs are under fire. But what we did play with was shifting the focus to different points of the pectoral range of movement through the sternal head, selecting two exercises that place load emphasis at each point of the range. Granted, you do need to have a very good understanding of muscular anatomy to put to use highly effective agonist/agonist superset pairings. But to also take it to the next level, you need to understand the strength curve of exercises and how and when to use them to service a muscle at all points of its range.”