FREE SHIPPING ON ORDERS OVER $49 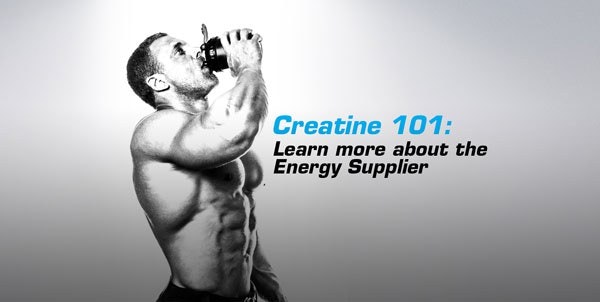 Creatine: Should You or Shouldn’t You? There have been countless articles written about creatine over the past 10 years that sway both ways on the Do and Don’t pendulum. The burning question that many people still have, however, is should I or shouldn’t I?

What is creatine? By definition, creatine is a nitrogenous organic acid that supplies energy to the muscles in your body. This means it has the potential to increase lean muscle mass as well as boost both energy and strength during a high intensity workout. So, why are people so skeptical of something that seems to have such great benefits?

The Benefits of Creatine

So what can a supplement like BPI Sports’ BEST CREATINE™ do for you? Specifically, BEST CREATINE™ contains 6 advanced forms of creatine for increased strength, muscle gains and recovery. All you need is one scoop mixed in with 8 oz. of cold water. It’s easily absorbed and non-bloating, enhancing your performance at the gym.

The Truth About Creatine – Myth Busting

To start off, there’s no published documents or studies that have been performed which states the use of creatine as being unsafe. Now that we got that out of the way, let’s talk creatine misconceptions.

Still Not Convinced About Creatine?

In a study of Brazilian professional soccer players and the effects of creatine on their lower limb muscle performance during pre-season training, it was concluded that the use of creatine prevented loss of muscle and power. In the two groups of subjects for this study, seven were given a placebo and seven were given four doses of creatine (20g/week) followed by smaller doses following this for an additional 6 weeks. The soccer players went through weight training as usual, with focus on the lower body, and then performed a series of tests to exemplify what creatine did or did not do. Those who received the creatine consistently performed better overall than those who received the placebo.

Which Type of Creatine is Right for You?

Believe it or not, there are several options when it comes to choosing a creatine but we will only touch on the most popular/most proven effective types.

Creatine loading is almost exactly what it sounds like. It’s not a necessary step when starting out, but it will get you the fastest benefits when done properly. A typical example of creatine loading is taking 10-20 grams of creatine for 1-3 weeks. After that, drop the dosage down to 3-6 grams to maintain the effects over a more prolonged period of time. Creatine loading is basically a jumpstart for continuous usage.

Creatine cycling is an interesting topic in that continuous use of creatine will keep producing continuous results. Thus, the concept of cycling is redundant. But it should be noted that when taken for months at a time, the likelihood of side effects are increased (but doesn’t necessarily mean you will experience them).

Train harder and longer with Creatine

When used correctly and consistently for the suggested amount of days (everyone’s recommended dosage and timing to take it will differ, as all bodies are not created equal) you’ll begin to see a difference in the power and size of your muscles. While creatine may not be the answer for everyone, and a very low percentage of people may not feel or see its effectiveness at all, creatine is certainly a great tool for taking your workouts and body to the next level.

To start supplementing with creatine today, try BEST CREATINE™ so you can train harder and longer.

“Don’t stay up too late, you have a game tomorrow.” While it may seem like a no-brainer that being well rested will help the ki...
Read More

The weather is warming up and spring is here so it's time to start thinking about your summer body. BPI Sports CEO Chris Mackenz...
Read More