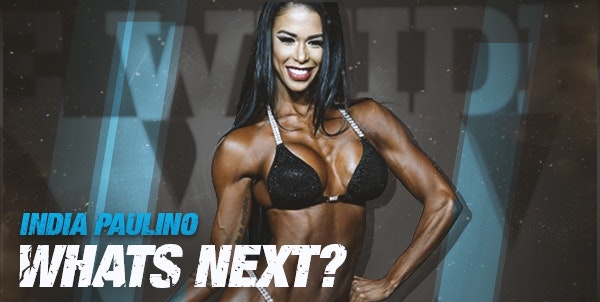 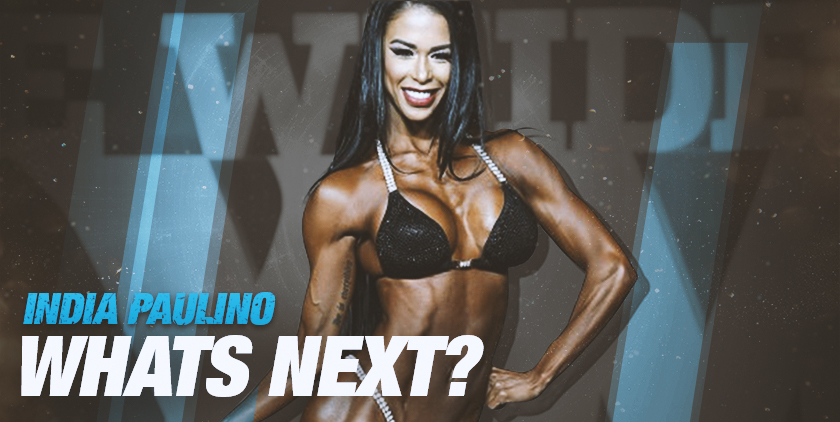 Recently we sat down with Team BPI athlete, India Paulino to hear about her life after the Olympia.

“My name is India Paulino. I am a Personal Development Coach, I do online training, I am IFBB Bikini professional and I’m a boy mom!”

BPI: So this year you competed at the Olympia again.

India: Yes. I’ve competed at the Olympia eight times. Last year I was there, but I was pregnant so I missed being on stage and I thought it’d be amazing to be able to work towards getting back in shape and being on stage the year after I had my baby.

BPI: Tell us a bit about the time leading up to the Olympia.

India: This road to the Olympia was very different than it ever has been for a few reasons. For one, my prep was definitely more challenging in different ways because I had a newborn. But also because I’ve always placed in the top 5 or 6 at the Olympia, and when you place in the top, you’re automatically qualified for the following year’s Olympia. But let’s say that you weren’t for whatever reason. All you had to do was win a pro show and that qualified you for the Olympia. Well while I was pregnant, a lot of the rules changed. It’s a point system now, so basically, even if you win a show, it doesn’t automatically qualify you to go to the Olympia unless you placed top 5 at the previous Olympia, that still stands. So basically the top 20 girls with the highest amount of points qualify for the Olympia, and the way you qualify is by competing. Different shows are different tiers and they have different amounts of points. Like first place you could get 16 points in one show and another show could only give eight points for first place. So you had to compete a lot and build up those points, then the top 20 girls make it. Well, I didn’t start competing until pretty much the end of the season because I was still getting in shape. I only had three shows to make that qualification happen. I didn’t even really get to pick those shows. I was able to do it, so that for me was a huge accomplishment. You know, I was going up against girls who’d been competing in a bunch of shows and racking up points all year and I only had three shots to get in there. I was able to do that, so I’m happy about that.

BPI: What was your goal going into the Olympia? Did it change at all as you were going through the process?

India: My ultimate goal was to make it to the Olympia and I did that. I accomplished that. Of course, I‘ve been competing eight years and I’m one of the only competitors who’s maintained consistency in the sport for eight years. I’ve had first callouts in every single show. My placings at Arnold and Olympia have always been top six. My worst placing at a regular show was fourth and there’s only been a couple of those. Every other one has been top three. I’ve won 15 pro titles. So I was gone cuz I was pregnant, but I still stayed around in the sport. I still wanted top six. I would’ve loved top six. I feel like I deserve top six physique wise. So that was my other goal, but unfortunately that didn’t happen. I feel like I wasn’t even looked at. That’s what it was. It wasn’t that I wasn’t good enough. Hell no, not at all. It wasn’t, “Oh she just had a baby and she looks good for just having had a baby.” No. I looked damn good. Put my physique next to another competitor who didn’t have a baby and I was right there, you know? My physique at the Olympia, after the baby, is actually better than it was before I had the baby and competed. I didn’t take it personally. You can’t. Honestly, I didn’t even really acknowledge it because I thought it was so crazy. But I wasn’t mad… it was like it didn’t happen. I mean you take eight years of placing and they’re on one side of the spectrum – placing first and second – and then eight years later, better physique, just had a baby, Olympia and it’s all the way on the other side? It doesn’t even match. I understand certain things and I don’t agree with it, but that doesn’t matter. That’s the way it is in this sport and that’s one of the reasons I’ve had longevity because you can’t take it personal. What happened doesn’t define me. A trophy doesn’t define me. A placing doesn’t define me. I’ve got so many amazing things going on in my life that, in the grand scheme of things, it means nothing. I love competing, I love this sport, but what’s more important is my family and my life.

BPI: Do you think you’re going to try and compete at Olympia next year?

India: I’m done for the year. I was invited to compete in Korea. I was also contacted about Japan, which is awesome. But I have some things coming up that are going to prevent me from competing the rest of the year, which is good cuz I’ve been dieting like all year!

BPI: You need a break!

India: I can handle it. The diet isn’t even the problem for me, but Breton is gonna be one in December. I can’t even believe it… and we just moved. I want to enjoy my family. Not that I wasn’t doing it before, but I want to get settled into our home, I want to go visit family, me and Whitney need a vacation. I just really wanna focus on my family. I’m still gonna train, I have physique goals for the off season, but I’ll see what happens. I’m just taking it one day at a time. I thought I was done competing before Breton, but one thing that keeps me going too is the amazing people that I have supporting me, that have been following my journey since I started. They get so excited for me. Like right now I’m one of the top 20 for the Maxim cover girl contest, and they have been so supportive and so invested and just want to see me succeed. I love that. It makes me want to do more because by living my life, I’m showing them that they can do whatever the hell they want to do. That sometimes obstacles that you view as so big in your life are really nothing at all and it’s just you standing in your own way.

To see what India does next, follow her on Instagram! You can also vote for her in the Maxim cover contest here.