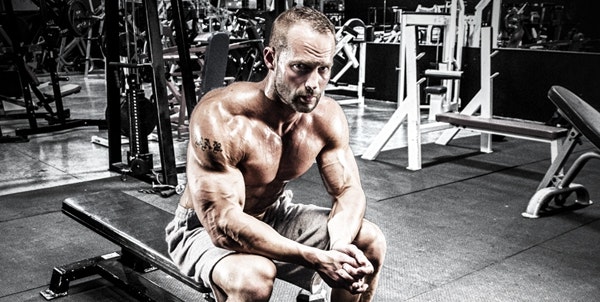 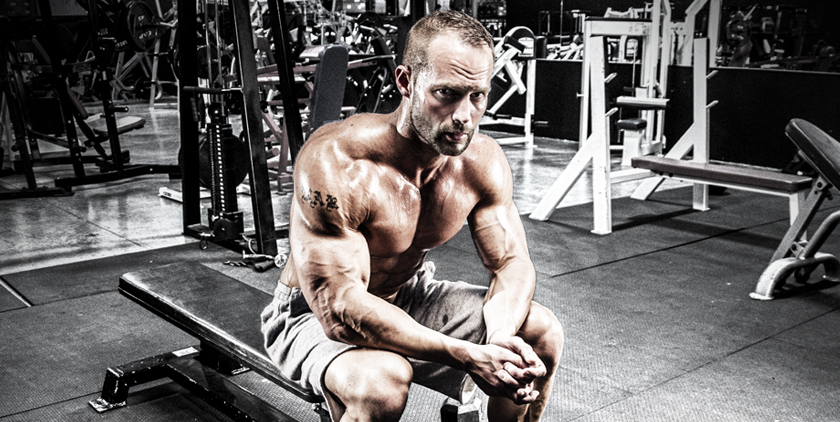 You’ve heard us say it, and we’re going to keep saying it: fitness isn’t just a buzzword here at BPI Sports, it’s a lifestyle. From the athletes we recruit to the employees we hire, there’s one thing we all have in common – we’re passionate about our health, our supplements and reaching our goals.

Whitney Reid is no exception. He’s the National Sales Director here at BPI Sports, but his career in fitness started long before he earned that title. We sat down to question him about the path that brought him here, and what he learned along the way.

BPI: How did you get started in fitness?
Whitney: Originally it was for sports. My brother and I played all the sports growing up – football, little league baseball, basketball, all of that. My brother is four years older than me, so I grew up watching him. He was my idol, you know? I wanted to be just like him, so I followed him into the gym when I was probably 10 or 11 years old. I continued through high school, but it was just the basics back then – bench press, squats, deadlifts – not really like a bodybuilding-type training program; more just for gaining weight to play football.

BPI: After you stopped playing sports, what kept you in the gym?
Whitney: I was a really skinny kid, but by the time I was in tenth grade, I’d really fallen in love with working out. Training for football was my favorite thing to do. So I started reading the magazines, and you go back to that time period when guys like Mike O’Hearn and Frank Sepe were on the cover of all these magazines and I looked up to athletes, but those were the guys I wanted to look like. You can even trace it back further to He-Man action figures in like the mid-80s. I watched He-Man cartoons and thought, “Wow, I want to look like that.” Back in the late 80s and early 90s, that’s why I loved WWF and the Ultimate Warrior so much. I mean, these guys looked awesome, so that’s what really started it.

BPI: When did you take your fitness to the next level?
Whitney: At first, it actually wasn’t even about appearance. It was about how strong I could get. I didn’t realize at the time that I’d gotten up to like 260 lbs. I was a big dude, and I didn’t do it the right way. I wasn’t eating clean, I had no idea about proper nutrition or anything. Seriously, I’d eat McDonald’s three times a day. I would eat as many calories as possible because I’d always been this hard gainer up until that point. So I would eat, eat, eat, eat and never get over 200 lbs. 205 was my max. Then, all of a sudden, I just started growing, forcing calories, training extremely heavy. I’d gotten to benching over 500 lbs. and I was only 22. I deadlifted 650. My squat was never a lot, at least relatively speaking, but I was still squatting 505. So that’s when I really seriously got into working out. Fast-forward 3 or 4 years and I moved to Richmond where there were a lot of competitive bodybuilders. So that was my first experience as far as working out with these guys who really paid attention to details, nutrition and really sculpted their bodies. They weren’t just focused on getting big and strong. These guys were strong, but it wasn’t the same thing. Back then my arms were 22 inches around, but it just looked like a big blob. So I started training with these guys, and one of them ended up being my roommate for some time, and that’s when I really fell in love with bodybuilding. I wanted to be involved somehow, I just didn’t know where I fit in.

BPI: How did you end up turning fitness into a career?
Whitney: My roommate at the time was Chris Bryant and he’s an IFBB Pro. He was training for his pro card back then, so I would diet with him and do the cardio when he would compete at a show. All of a sudden, I started getting in really good shape, and I didn’t know that I looked like that. I was always just big. Even when I was 200 lbs. I was lean, but I wasn’t super muscular and ripped. So that became extremely addictive. I would see the changes, and I could manipulate things and look a certain way, and I was like, “This is fascinating!” So I wanted to see how far I could push that. This was in 2006 when Chris won the USAs, I basically trained and dieted as if I was gonna do the show. So I show up at the show and I’m shredded. I’m like 210 lbs. and I was in the best shape I’d ever been in in my life. That’s when one of the guys from the magazines, it was Muscular Development, said “Hey let’s take some test photos.” That weekend the owner of the magazine offered to fly me to LA and put me on the cover. So that was my way of getting into the industry. Then after that, I took that magazine cover, and I mailed it to every other publication. This is 2007, 2008, so this is right before social media got huge. So I took that magazine cover, and I mailed it to Muscle & Fitness, IronMan, Men’s Health… every magazine I could think of. And one by one they started contacting me. Within a year and a half, I’d had a cover for every magazine on news shelves.

BPI: What advice would you give anyone trying to get into the industry?
Whitney: Honestly, it’s all about networking. That’s what I realized back then. You could be on all these magazines and have all these shoots, and be popular in that world, but unless you make those connections and you meet people, and you build relationships – real relationships – it really doesn’t get you anywhere. I think in the next couple years, you’re gonna find out that most of these people on Instagram or social that have a half a million followers, they don’t have much actual value. If your content has no substance and you can’t mobilize your following, you don’t really have much, and you put a lot of work into that for nothing.

BPI: What’s the secret to success?
Whitney: If you really want something, you have to be willing to do whatever it takes to get you there. My life happened because I loved working out, I wanted to be in this industry and I just figured out a way. I used to have a book I would write in. “Next year, by this time, I’m going to do this, or that.” I look back at that book and I’d actually done everything that I said, so it’s kind of strange how you can speak that stuff into existence.